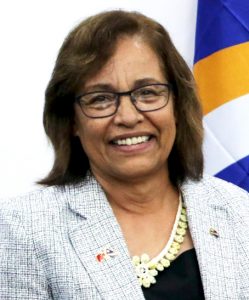 Cryptocurrency Sovereign (SOV) is going to be introduced as the national currency of the Republic of the Marshall Islands as planned, as, according to a report by Radio New Zealand, the central Pacific Ocean country’s president, Hilda Heine, has narrowly survived a no-confidence vote in the Marshallese parliament.

President Heine had stated that accusations that she was destroying the financial reputation of the Marshall Islands by adopting a digital currency were “baseless.”

The matter of the cryptocurrency was one of the five issues raised by no-confidence motion movers.

According to a media brief CoinReport received from PR firm Elevator Communications, President Heine, in an interview with Radio NZ, had pointed blame for the motion away from SOV and towards a group that was in collusion with Chinese interests.

Foreign Minister John Silk said in the government’s response before the vote on the motion day that ”the criticism of the government for moving ahead with a digital currency plan has been overtaken by events, with numerous countries in the Pacific following the Marshall Islands by announcing plans for their own digital currencies and requesting support from the International Monetary Fund.”

Passed in February, Marshall Islands’ Sovereign Currency Act has already paved the way for the adoption of SOV as the country’s legal tender.

Silk stated that the SOV release is facing delays because the Marshall Islands was working to meet the requirements of the European Union, the U.S. and others.

The Chinese interests President Heine had talked about involved Chinese-backed efforts to take over one of the Marshall Islands’ atolls.

“Really the vote of no confidence is about the so-called Rongelap Atoll Special Administrative Region, or RASA scheme, which is an effort by certain foreign interests to take control of one of our atolls and turn it into a country within our own country,” said the president, adding that the foreign interests are Chinese interests.