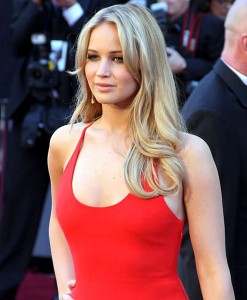 The internet completely exploded yesterday after an anonymous individual posted on 4Chan that he had gotten control of a pretty wide collection of pictures from various celebrities (predominantly female), mostly very private and sexual in nature. While I do feel for the struggles of those people whose privacy has been so directly, obviously, and selfishly violated, that’s not what I’m here to discuss, or why you’re reading this article on CoinReport.

According to my current understanding, what happened is that the original hacker sold the hacked data for an undisclosed amount of Bitcoin to the poster. That poster has then been putting up Bitcoin addresses on 4Chan and requesting certain amounts of Bitcoin be sent to them. Once the address has received the amount they request, they post whatever data they had said they were collecting for.

Regardless of discussion on the ethics of what has occurred, one thing is immediately clear. This event is going to attract enormous attention. Enormous attention. Let me be completely clear: This is probably going to be the biggest news story for weeks, if not months. America – and to some extent, simply humanity – has an intense love for muckraking stories such as this. Couple that with the human penchant for voyeurism and you have a media bonanza. Everyone is going to want to be writing and discussing this story – from the human element of the violated feelings of the various targets to the statistics about the voyeurs themselves to the method by which the hacker and leaker intended to profit from the data.

That method, of course, is Bitcoin – the shady, anonymous (I know, pseudonymous, but the mainstream media still has not figured it out), unregulated digital currency created by a pseudonymous (hopefully they at least get this right) genius, Satoshi Nakamoto.

Who is the audience of the leaks? Generally speaking, it’s the lowest common denominator of the population. Rude as it may be to suggest, this story is most aimed at the tabloids and the denizens of the popular web – the front pages of the non-Gmail email services. Yahoo and AOL will have a field day with this story, as will plenty of others – the lesser “news” publications, like USAToday, NYDaily, The Sun, and so on. Their audience is made up of people who have not really been exposed to Bitcoin in a “real” context yet. For many of them, this will be the first they have heard of it. For many of those who have heard of it, this will be the first time they have had it presented to them in a context where it is thought of as money. It’s clear that the acquisition of Bitcoin was the real end-goal of both the hacker and the leaker. And, in addition to that, it’s clear they can’t intend to convert the Bitcoin they received into fiat currencies. Bitcoin acquired EXTREMELY illegally and anonymously is going to attract a lot of attention from the various relevant authorities. Selling it is going to be a real problem for them – most of the methods of converting to fiat require a real identity being used. They probably aren’t going to want to give that up, one would imagine. They most likely plan to hold onto it and wait for real anonymity to develop, or otherwise find some clever method of cashing it in without being caught. They’re going to treat it like money obtained from criminal activities. In other words, money.

All it takes for the bubble to begin anew is the same three-part recipe as every other time:

Last time, it was the March/April bubble, the pop from 260 down to 50, and then the Silk Road craze. This time, it’s the November/December bubble, the MtGox-precipitated pop, and then some catalyst. Could it be every tabloid talking about sexually explicit photos and videos of celebrities being sold for Bitcoin?

It certainly wouldn’t surprise me. Ever since Silk Road, Bitcoin has had a reputation to maintain, after all, as the seedy currency of the underworld.

Bitcoin – How Low Can We Go?