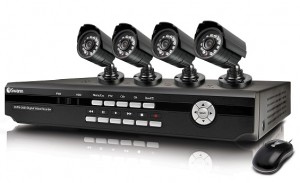 Johannes Ullrich, an instructor at SANS Technology Institute, made an announcement that hackers had been able to penetrate security cameras, and they used them to mine for Bitcoin.

Ullrich announced on Monday that he found Hikvision digital video recorders(DVRs) containing malicious software. These cameras are used to record video from the surveillance cameras. The malicious software virus spread to all the devices that were connected to the internet. The virus allowed the hackers to turn the DVRs into Bitcoin miners. Ullrich wrote,

“Analysis of the malware is still ongoing, and any help is appreciated.”

Ullrich wrote what he was able to find out about the hacked security camera DVRs,

“Here are some initial findings: The malware is an ARM Binary, indicating that it is targeting devices, not your typical x86 Linux server. The malware scans for Synology devices exposed on port 500.”

The interesting fact about this latest hack is that it is very different from regular ones. Malware is geared generally towards Windows and Linux systems. In this case, the hack was geared towards DVRs and some internet routers.

According to Wired, Ullrich reported that he has also found malware on routers which can imply that the hackers created a special virus for operating systems.

Even though the hack on the DVRs was successful in turning the security camera’s into Bitcoin miners, some experts wondered why the hackers would target these devices. According to anti-spam test director Martijn Grooten, Hikvision DVRs aren’t built with a system that is able to work with special graphic cards that is required for Bitcoin mining.

This basically means that using these DVRs to hack for Bitcoin is practically useless since they don’t have enough processing power. However, it could be that this hack was done as a way to send out a message that such things can and will be hacked. At the bottom line, one wonders the real reason behind turning the DVRs into Bitcoin miners. Was it just a way to show the people that such things are capable of being done, or was there another reason behind it?