Bitcoin, the first truly decentralized virtual currency, emerged onto the financial markets in 2009. Its origins and the enigmatic Satoshi Nakamoto remain shrouded in mystery. What is undeniable, however, is that Bitcoin has garnered worldwide attention and appreciated in value to about 500 euros per Bitcoin today. Reception of Bitcoin by the general public, government authorities, and financial institutions has fluctuated between indifference, confusion, and recently, growing interest, although the predominant mainstream approach is still one of skepticism. Yet even Bitcoin’s greatest critics have come to recognize and appreciate what many argue is Bitcoin’s key innovation: Blockchain, the underlying technology on which Bitcoin is based. This is why the recent, May 2016 resolution adopted by the European Parliament, a fairly conservative institution, to take a “hands-off” approach to the regulation of the Blockchain may signal a significant about-face in the approach towards Blockchain and Virtual Currencies (VCs).

The resolution sets a slightly different tone than previous, official ‘risk-averse’ statements. It remarks that to address the inherent risks—such as consumer protection problems, high volatility, legal uncertainty, and black market transactions—will surely require enhanced regulatory capacity and the development of a sound legal framework. However, the vital point is made that regulation adopted too early, while the field is still in its nascency, could suppress or even abort its continued development and convey the wrong message to the public about the advantages and security of VCs. Ultimately the resolution emphasizes the potential advantages of Distributed Ledger Technology (DLT) like Blockchain, to contribute positively to citizens’ welfare. Therefore, it calls for a “proportionate” regulatory approach in order not to stifle innovation or add superfluous costs. Moreover, the resolution takes a definitive stance in recognizing the potential for Blockchain beyond Bitcoin, to accelerate, decentralize, automate and standardize data-driven processes.

In its essence Blockchain is a shared digital ledger that tracks data transferred between users, or participants, in chronological order. Each new record of a transfer is cryptographically verified and added to this ledger as a new “block” in the chain. The entire chain is totally transparent and publically viewable. What makes this ledger unique is that it is cryptographically sealed, so that no record can be tampered with after it’s been added to the ledger, and it’s completely distributed, so that no one participant has control over it: the Blockchain can only be updated by consensus of a majority of the participants. These key features mitigate the risk of fraud, and perhaps more importantly, remove the need for any centralized coordinated verification process. In this sense, the distributed nature of Blockchain could pave the way for significantly reducing the role of one of the main actors in our society: the middleman. We’ve already come to know other new services already doing this, like Uber or Airbnb. In the context of Blockchain, Bitcoin is the best-known example, removing the need for any central authority to approve or secure transactions, and enabling trustless, peer-to-peer exchanges instead. This renders DLT one of the most exciting and potentially game-changing innovations since the Internet.

Indeed, Blockchain’s capacity is not limited to transfers of digitally stored value like bitcoins. Recently, more sophisticated uses for DLT, what some call “second wave” Blockchain, have begun to emerge. The emphasis has shifted from virtual coins to more tangible applications, enabling users to verify transactions and acting as a trusted repository of information without an intermediary. The applications for DLT are seemingly endless, and many of them come with clear legal implications. For example, self-executing, digital contracts, nicknamed “smart contracts”. By using a distributed database, like the Blockchain, parties can confirm that an event or condition has taken place without the need for a third party. Smart contracts could be applied in various formats, from paying employees, distributing music royalties, or even eliminating the need for will probates by automatically checking state death registries, automatically allocating the assets from the testator’s estate, and transferring applicable taxes to the government.

Other manifestations include fraud resistant voting platforms, “digital escrow” or multi-signature transactions, the creation and trade of securities and financial products, registries for property and intellectual property, domain names, identity, ownership rights, and on and on. DLT is also forecasted to have major impact on mainstream implementation of the Internet of Things (IoT). DLT offers secure and trustless coordination for this network of billions of inter-connected devices. Cryptographic tokens, or “colored coins”, used to represent these devices, or any asset, are registered on the Blockchain. This “smart property” can then be controlled over the Internet, or even by other machines. Combined with smart contracts, the corresponding rights and obligations connected with these devices can be automatically allocated and even enforced. 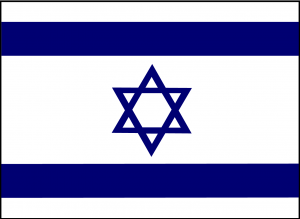 Despite its small size, Israel, long recognized as a hotspot for disruptive innovation, is becoming a leading force in Blockchain technologies. The flourishing Israeli tech ecosystem, boasting the highest concentration of tech companies outside of Silicon Valley, provides fertile ground for pushing DLT forward. One of the biggest proponents for this is the fact that Cyber security and cryptography play a key role in the Israeli defense establishment, and the military serves as a potent incubator for these fields. The current climate is reminiscent of the development of the cyber industry in the early 2000’s. A vibrant profit-driven private sector coupled with passionate and talented entrepreneurs, sees an early influx of capital. This, in turn, attracts the attention of the government which utilizes its regulatory and institutional powers to allow for an increase in capital, both financial and human, including the establishment of relevant supportive institutions, incentivizing academia, and generating a substantial amount of buzz.

Israeli universities are home to a number of Blockchain research pioneers, including Turing Award winner Professor Adi Shamir of the Weizman Institute of Science and Prof. Eli Ben-Sasson of the Technion. In the private sector, as per a recent report by the global consulting firm Deloitte, there are dozens of Israeli start-ups developing a wide-range of Blockchain technologies, in various sectors including security, hardware, virtual currency, payments, P2P and social platforms. For example, a start-up offering a Blockchain solution to eliminate the need for documents in international shipping agreements, an application for secure and validated purchase and storing of goods online, and another creating Blockchain data templates for use by banks and enterprises.

While the Israeli Blockchain eco-system is vibrant, the Israeli regulator is still ‘sitting on the fence’. Given that future uses of Blockchain technology, and its various implications, are unpredictable, this is to be expected. Regulators worldwide remain suspicious of virtual coins for enabling individuals to circumvent banks and government authorities. The SilkRoad and Mt. Gox scandals certainly did not lend any additional credence to the enterprise. But beyond understandable concern for criminal misuse and consumer protection, it is clear that resistance may be more deeply rooted: any decentralized alternative to centuries-old systems of centralized governance and control is not something any regulator can swallow too easily.

In this way Israel is somewhat unique. Due to the small size of the Israeli industry, there is constant friction between the private and public sectors. This leads to an unlikely type of interaction between the two, and oftentimes creates an almost unavoidable, albeit sometimes wary, alliance. This is something we are currently witnessing generally in the burgeoning fintech industry. Regulation of the banking sector, particularly conservative, and often slow-moving, now finds itself faced with the need to adjust to hundreds of start-ups operating in almost every financial sector, including payments, trading, lending, anti-fraud, and insurance, offering relatively simple solutions to complex financial problems. together they generate an ‘Israeli fintech hybrid’ that is slowly and rapidly transforming the industry.

Thus, the regulator now finds itself poised at a crossroads. The pressure is on to learn to adapt to these new technologies, with an aim to encourage and support them. As evidenced in the EU resolution, it is clear that regulators are beginning to understand that they must look before they leap. The concern of regulating “too much” or “too early” is salient. But the real question seems to be not when or to what extent, but rather how. How do you regulate decentralized network? This is precisely what is missing in last month’s resolution.

Several possibilities come to mind: developing Blockchain’s non-proprietary open standards and standards of best-practice, clarifying matters of jurisdiction, subjection to already existing lex specialis legislation (such as consumer protection laws, financial regulation, securities, money laundering and insurance), and learning to utilize those very characteristics of DLT itself to enforce it. The question remains to what extent the regulator will allow the gradual implementation of such technologies into the more conservative financial system.

What is certain is that regulation is still a vital piece of the puzzle. The regulator is indispensable in providing an appropriate support system, including mechanisms for supervision and constructing an appropriate legal framework within which to work. This in turn will help build consumer awareness, understanding and confidence in the new technology and accommodate the move of DLT from fringe to mainstream. In the meantime, the vibrant Israeli industry will likely continue to generate innovation using Blockchain technology, eventually leaving the regulator no choice but to join in, which if done correctly, will likely give a huge boost to the Israeli industry.