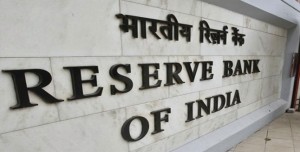 The Reserve Bank of India‘s new governor, Raghuram Rajan, has expressed and reciprocated the bank’s reservations about Bitcoin’s legitimacy.

In a conference in Mumbai, RBI’s new governor said there is confusion about who exactly controls Bitcoin’s value. In other words, he is worried about the volatility of Bitcoin. Rajan explained his doubts in a conference organized by Nasscom,

“As a currency, I do worry a little bit when the underlying (value) fluctuates tremendously. One of the values of a currency is stability and the extent (to which) a currency is target of speculation as opposed to primarily a means of exchange.”

Rajan continued saying that India has to understand the role of virtual currencies  and how they would work in relation to paper currencies. RBI’s new governor asks, “Can we have confidence in unseen, unknown centres who maintain the value of the currency, or an algorithm that will maintain the value of the currency – we need more credibility there.”

Regardless of RBI, BTC Traders Not Giving Up!

After the RBI issued a warning last year, traders had to stop their businesses. However, Bitcoin business has started again in India last month. Highkart became the first e-commerce website in India to begin accepting Bitcoin as payment just last month. Its first transaction in Bitcoin was a pair of shoes from Provogue. The website doesn’t charge extra for shipping the products. This is definitely a plus for Highkart. Amit Kumar, the co-founder of Highkart has said,

“There’s nothing illegal in accepting Bitcoin — the RBI will take more time to come up with clarity,”

However, to be as safe as possible, Bitcoin traders in India are trying to follow all of the regulations described RBI so that there aren’t cases of illegal activities.

RBI not Ruling out Bitcoin

One of the prominent concerns about Bitcoin around the world is that it can be used for money laundering and other illegal means. However, it is to be noted that any currency can be used for illegal activities, and Bitcoin isn’t the only one.

On the future of Bitcoin in India, RBI’s Rajan had to say,

“I don’t want to say that there is no future for these virtual currencies. I think it’s a process of evolution, but for now all we’ve done is express the kinds of concerns we have about it, without determining in any which way what we intend to do.”

Seems like things are looking up for Bitcoin. Once all the regulations and rules are established, there will not be any more ambiguity on how different countries view Bitcoin.