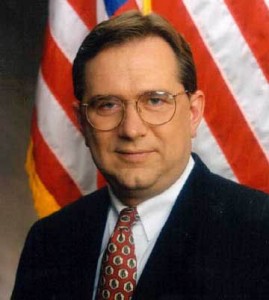 A new bill (HR 5777) introduced to congress by US representative Steve Stockman (R-TX), is taking a novel new approach to Bitcoin regulation: don’t. The bill, in full the “Cryptocurrency Protocol Protection and Moratorium Act,” would (if it were to pass) require the federal and all state governments of the US to hold off on regulations and restrictions on cryptocurrencies for a period of five years, starting in June of 2015. Specifically,

“Neither the Federal Government nor any State or political subdivision thereof shall impose any statutory restrictions or regulations specifically identifying and governing the creation, use, exploitation, possession or transfer of any algorithmic protocols governing the operation of any virtual, non-physical, algorithm or computer source code-based medium for exchange.”

The sponsor of the bill, Congressman Stockman, is a controversial figure and just recently lost his bid for the senate, after declining to seek re-election. If there’s one reason to temper your enthusiasm for the bill (which is an excellent idea), it’s that the bill likely is not a serious attempt to make law, but rather an attempt to make a statement by a politician on his way out the door. Appreciated, of course, but far from world-changing.

Stockman says that he hopes the bill will help prevent more regulation like the NYDFS-proposed BitLicense regulation, which he believes to be premature.

“It’s too early to be talking about that. Just imagine if Steve Jobs had to deal with this, or anybody starting an Internet company having to hop through the obstacles they’re putting up.”