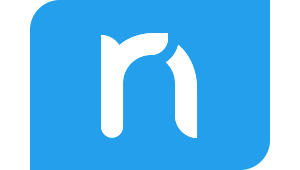 Recently, Reddit announced the fruition of their long-running cryptocurrency project, dubbed “Reddit Notes,” and the results are… disappointing.

The original plan was fairly novel: create a cryptocurrency, backed by Reddit stock, which would provide returns to members of the community: stock was even set aside, in the most recent funding round, for this purpose. The announcement today was a good deal less ambitious. Rather than running down a list of what Reddit Notes definitely are, it might be faster to run down a list of the things they’ve acknowledged are up in the air:

To sum up: they have no technical work done, no good ideas to differentiate their product from other crypto-assets, and no clue what they’re doing. The only actual news in their announcement is that their only good idea (the equity backing) will not be happening for legal reasons.

The appropriate response, under those conditions, is to cancel the project – not to make a product announcement for a product that you can’t explain or justify the value of. This is, not to put too fine a point on it, a huge boondoggle, and a waste of everyone’s time. From the horse’s mouth:

[W]e are working on a legal strategy and I’m sure the cryptocurrency will be exchangeable for something of value.

Also, we used the word “cryptocurrency” originally, but a better term is “digital asset”, since in many ways notes will not be like a currency at all. For instance, we are not planning on letting users buy gold with the cryptocurrency (although we haven’t eliminated that possibility).

The asset will be based on blockchain technology. As I have said in many previous reddit comments, we are not committing to any particular protocol at this time, but our preference is either for colored coins or sidechains depending on the winds of the bitcoin world in the coming months (the bitcoin world changes very, very fast, and we want to be certain we pick the best technology).

We are being intentionally vague right now because 1) we haven’t solved every problem, 2) we don’t want to make any promises we can’t follow through on.

The only valuable application for the currency that the developers can point to is tipping. Which, naturally, raises the question of what the hell Reddit Notes offer that ChangeTip doesn’t. The Notes are certainly going to be less liquid than even Dogecoin, much less Bitcoin, not to mention probably less secure. You can make the point that there’s a risk that ChangeTip is going to scarper with everybody’s beer money, but, in that case, why not just build an official, integrated Reddit tip bot?

That would actually be something useful and interesting, notably unlike the nonsense that Reddit rolled out today.