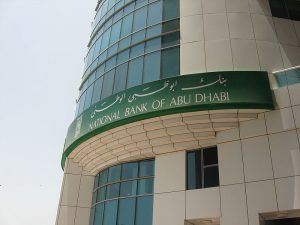 The National Bank of Abu Dhabi (NBAD) has announced that it has become the first bank in the Middle East to go live on a blockchain for real-time cross-border payments.

The NBAD is employing Ripple’s distributed ledger or blockchain.

In a press release, NBAD said with its use of the blockchain, it aims to facilitate its regional customers get their cross-border payments within NBAD network processed simply, securely and in real time.

“At NBAD we strive to ensure our offerings are efficient and transparent,” said Ramana Kumar, managing director and head of NBAD’s global transaction banking (GTB) business and product management.

“Blockchain technology transforms and paves a new way in achieving our goals and better serve our customers, adding value through accessibility and transparency. As an initial adopter and first bank to go live on Ripple, NBAD offers innovative solutions to our clients payments needs.”

Vineet Varma, managing director and head of NBAD’s GTB, stated, “We’re always exploring new ways to enhance our customers’ experience. With blockchain, we hope that we could address the needs of our customers and drive forward more efficient and flexible service. Embracing technologies like Blockchain is a step in right direction for our customers.”

Ripple CEO Brad Garlinghouse said on the occasion, “Banks and their customers have been hearing about the promise of blockchain technology to enable real-time cross-border payments. Now, some of the most innovative and successful banks like NBAD are making this a reality by offering Ripple-enabled payments to their entire customer base, and in doing so, paving the way to make 2017 the year we see broad commercialization of blockchain take hold globally.”

NBAD is the first bank in the MENA region to employ Ripple’s blockchain technology for its customers, joining an increasing number of premium enterprises and organizations the world over, including UniCredit, Standard Chartered and Santander.

Accounting for more than $19 billion (Dh70 billion), the United Arab Emirates is ranked as the world’s fourth most remittance-sending country, according to the World Bank Migration and Remittances Factbook 2016.