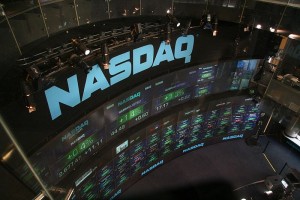 “Having an immutable record from the inception of a company through the various financings and exits, that is shared and open, is going to create a better corporate governance model,” said Chain CEO Adam Ludwin in an interview with Reuters.

The news agency reported that Nasdaq debuted its market for private businesses in 2014 after the passing of the Jumpstart Our Business Startups in 2012, which increased the amount of shareholders an unlisted company can have from 500 to 2,000. The market was developed to make it easier for investors of private firms to exit, including helping staff members with a large portion of their compensation linked to shares to sell them when needed.

Chain will be the first company signed onto NPM to use blockchain technology to manage its shares when Nasdaq makes the service available later this year.

Ludwin told Reuters that Chain currently uses lawyers to track its share issuance. “We would rather have the blockchain manage our shares that our lawyers – and God bless them, we love them, but they’re expensive – and I am sick of poking around Excel trying to figure out who owns what.”

In a statement, as reported by Forbes, Nasdaq CEO Bob Greifeld said, “We are excited about the potential impact of this new endeavor with Chain on the transaction process,” adding that the manual process of tracking shares can be daunting. “As blockchain technology continues to redefine not only how the exchange sector operates, but the global financial economy as a whole, Nasdaq aims to be at the center of this watershed development.”

Ludwin told Forbes that while the blockchain has a clear advantage over paper for cap table management, it is also superior to software. “It currently costs a lot of money to make sure there are no mistakes, even when you’re using [software], because there are human factors involved in the transfer, recording and valuation work around securities.”

Another advantage the blockchain has over software is that businesses would likely rather trust the blockchain than a third party for maintaining their record, said Ludwin. “I think most companies think of themselves as wanting to operate for many, many years. One of the benefits of having this immutable public ledger being the record-keeping mechanism of that is you know it’s not going anywhere. You can trace back every action and activity on the company for a very long time.”