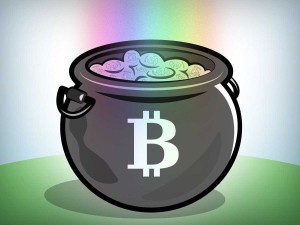 With a recently funded startup called Ascribe, artists and writers can produce unique copies of their creations that can be bought and sold and cannot, in theory, be duplicated, reported TechCrunch.

The company describes itself as a “notary and timestamp for intellectual property and creative works,” meaning someone can upload a digital image and claim it as the definite version. The system uses the blockchain to store and sign every image, creating an unmodifiable record of its existence.

“We are working on securing copyright, giving creators a means to easily license and transfer their work and we’re swallowing the Internet to give creators visibility on what happens to their work,” said co-founder Bruce Pon to TechCrunch. “The idea to use blockchain to allow artists to create digital scarcity germinated in mid-2013 when (co-founders Trent McConaghy and Masha McConaghy) asked ‘Can you own digital art, like you own bitcoin?’ Trent built a prototype in fall-2013. In mid-2014, we decided to leave our companies to start Ascribe full-time. Since then, we’ve been refining the technology and working with early users.”

TechCrunch said the most interesting aspect of the technology is Ascribe’s web crawler, which can scour the web for copies of an individual’s pictures and can let that person know where they appear, allowing the artist to take action.

“We’ve set our development team to build the tools to crawl and index all digital artifacts on the internet and then perform a similarity search using web-scale machine learning. This means that within a reasonable amount of accuracy, we can tell you where your stuff has ended up,” said Pon.

Ascribe raised $2 million from Earlybird Venture Capital, Freelands Ventures, Digital Currency Group, and various angels. Pon told The Next Web the company will use the funds to improve its website for artists to register their work, hire more developers to help marketplaces integrate Ascribe’s technology, and continue its outreach program to spread the word among artists worldwide.

The Next Web reported that Ascribe currently has more than 600 artists registered for its service (free for creators), with 2,600 digital works and unique editions registered. A dozen marketplaces and platforms have also signed up to use the company’s API.