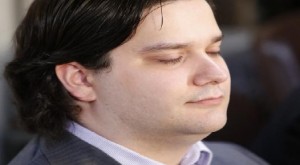 Mt.Gox’s Stolen Data Had a Trojan That Stole Bitcoin!

News just in: Securelist has found that the stolen data from Mark Karpeles’ computer had a Bitcoin-stealing Trojan that hid itself as a “back-end app for managing Mt. Gox trades.”

According to news website itbusinessnet, the masqueraded app actually searched Mt.Gox’s user directory for files related to Bitcoin which include wallet.dat and bitcoin.conf. The app then uploaded these files to a server that is now invalid.

This basically corresponds to what the hackers said about Mt.Gox still having control over its customer’s bitcoins. Hackers from Securelist had taken over Karpeles’ blog and Reddit account on March 9th. They claimed that the Bitcoin exchange was not explaining the full details of what went down at Mt.Gox. In fact, the hackers claim that Karpeles conducted a fraud and that Mt.Gox has kept some of the Bitcoins that it said were lost to a DDOS attack.

On Karpeles’ blog, the hackers wrote,

Mt.Gox Bankruptcy: A Cover up?

This basically means that Mt.Gox could possibly have the remaining hundred thousand bitcoins. Moreover, this implies that Mt.Gox not only cheated Bitcoin users, but also omitted the fact that it still has some bitcoins left.

Mt.Gox’s stolen data containing a Trojan that steals bitcoins makes it seem as if the digital currency exchange has masterminded this whole plot. However, these are simply speculations and the whole truth has yet to come out.