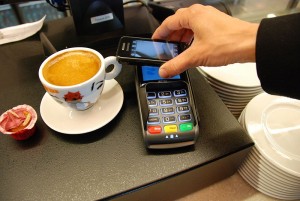 More Canadians will be using their mobile phones rather than what’s in their wallets to pay for goods and services this year, predicts a new report published by global professional services firm Deloitte. Smartphone payments was named the top technology trend of 2015 in the report, surpassing other emerging trends such as 3-D printers, click-and-collect retail locations, and the Internet of Things, a term that describers devices that communicate with each other.

“Canadian smartphones are already being used to check balances, transfer funds and transact online, which indicates that consumers are comfortable with using their phones to handle money. But almost no one used their phones for contactless in-store payments at the register,” said Duncan Stewart, a director at Deloitte, in a press release. “2015 will be the first year in which all of the requirements for mainstream mobile payments – satisfying financial institutions, merchants, consumers and device vendors – have been sufficiently addressed.”

Stewart told the Canadian Press that there are now more mobile phone models built with near field communication, along with more retail locations that accept the payments.

The familiarity Canadians already have with using credit cards to tap and pay at certain retailers will make it easier for consumers to transition to using the same technology with their mobile phones.

“They think: ‘If I’m doing it with my credit card, why not do it with my phone?’ It’s basically the same,” said Stewart to the Canadian Press.

The report estimates that in 2015, approximately five percent of the world’s 600 million equipped mobile phones will be used to make an in-store purchase at least once a month, a 1,000 percent increase over last year. By the end of 2015, it is expected that one in 20 smartphone users will have made a mobile payment with their phone.

Although usage will increase, it is not yet “mainstream,” said the Canadian Press.

“It will be a long while before the majority of us can jettison our physical wallets,” said the report, although it pointed to the attraction of a higher spending limit for mobile payments, approximately $100 compared to $50 for credit cards.

Stewart told the news agency that adoption will be spurred by retailers who see assets to promoting contactless mobile payments, such as the ability to seamlessly process transactions and to integrate special in-store offers and loyalty programs.

“The real benefit to the retailer is speed,” Stewart said. “They don’t need to handle cash, or customers typing in a PIN. It moves people through the stores faster.”

However, the report did note that one of the challenges for retailers to embrace such technology may be the cost of installing new point-of-sale machines equipped to process mobile payments. 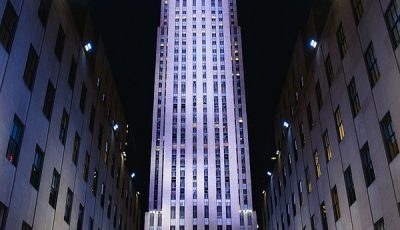