Microsoft has quietly dropped support for bitcoin in its Windows 10 Store, reported Softpedia.

According to a Windows Store FAQ update, as cited by Softpedia, bitcoin is no longer accepted when purchasing content from Windows 10 and Windows 10 Mobile stores.

As GeekWire reported, it was just 15 months ago when Microsoft announced it would accept bitcoin for purchases of apps, games and videos from its online stores.

At the time, Eric Lockard, corporate vice president at Universal Store at Microsoft, wrote in a corporate blog post: “For us, this is about giving people options and helping them do more on their devices and in the cloud. The use of digital currencies such as Bitcoin, while not yet mainstream, is growing beyond the early enthusiasts. We expect this growth to continue and allowing people to use bitcoin to purchase our products and services now allows us to be at the front edge of that trend.”

In their respective articles, Softpedia and GeekWire said Microsoft had yet to give an official statement regarding its decision to drop bitcoin. However, a Microsoft customer service representative told CoinDesk that users can still submit bitcoins to top funds to their Microsoft account, and from that point can use those funds to buy items.

The representative said their support office has not received official word about the move, suggesting a formal statement could be issued soon, as well as clarification on the exact policy with respect to bitcoin payments. 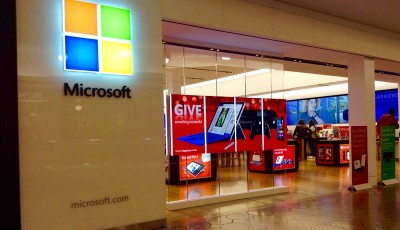