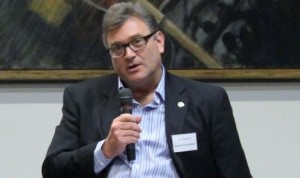 The executive director of the Bitcoin Foundation, Jon Matonis, says that Bitcoin is still in beta form. In fact, because of this, he says that people should only invest in Bitcoin the amount of money they can afford to lose. Speaking about Bitcoin, Matonis told CNN,

This may be true due to the fact that Bitcoin’s price has been dwindling because of Mt. Gox’s issues with transaction malleability. Matonis further said,

“I don’t think that people should treat it as non-experimental. You should only invest in trade what you can afford to lose.”

These comments were made a few days after Mt. Gox was taken offline because of internal problems the ex-Bitcoin exchange couldn’t understand how to resolve. In fact, the problems were so great that Mt. Gox filed for bankruptcy protection on Friday with $64 million in debt according to the Japanese media. In addition to this, the ex-Bitcoin exchange lost around 750,000 of its customers’ bitcoins, and around 100,000 of its own.

Before Mt. Gox had filed for bankruptcy, Matonis spoke to CNN and said, “If this had been a traditional financial institution, the losses would probably be papered over with tax payer money. We didn’t see that in this case.”

Since February 7, Mt. Gox acquired the problem known as transaction malleability which forced them to halt withdrawals. Hackers were able to confuse Mt. Gox’s system with a denial of service attack. When Mt. Gox realized it was under a hack attack, it denied investors the right to withdraw their coins from its system. Mark Karpeles, Mt Gox’s CEO, resigned from the Bitcoin Foundation’s board of directors as a result of his failure in Mt. Gox.

Even after saying that Bitcoin is experimental and still in its Beta form, Matonis is optimistic about the digital currency’s future. He told CNN that Bitcoin was “massively resilient.” Matonis also said that

“The exchanges that are still in existence and operating will tend to be stronger because of this.”

This is because knowing that a denial of service attack can occur,  other Bitcoin exchanges will be prepared to amp up their security measures in order to provide safe, secure and reliable trading platforms.

Matonis has also said that Bitcoin will shift from its beta form over the next few years. He says that in around three to five years,

“We’ll start seeing user-friendly apps which really will complete the transition to mainstream. It should be as easy to download and use Bitcoin apps as it is to download something like Skype.”

Having accessible phone apps or programs will definitely give Bitcoin the boost it needs to shift into mainstream. In addition, even though Bitcoin is still in its beta form, it has the capability of becoming something more.

When you plant a seed, it takes a while for a plant to grow. Right now Bitcoin has just been planted, maybe a root has popped out, but the flower has yet to bloom. In time though, it will.