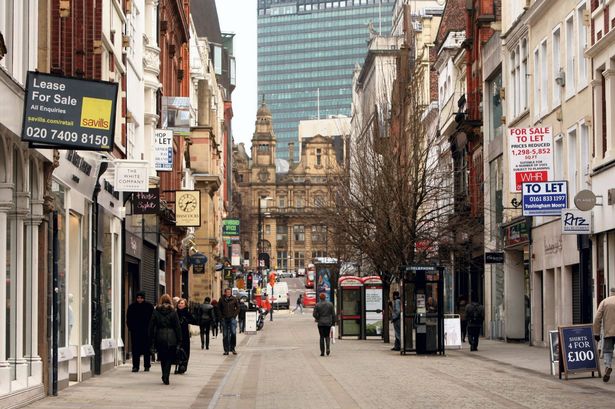 Manchester’s King Street is home to a small strip of closed down shops. Eight to be exact. But a small group of artists hope to change that by opening a coffee shop in one of the vacant properties.

The fundraiser has been orchestrated by a non-profit group known as the Future Artists Co-operative. Their mission is to revitalize the area, starting with putting in the coffee shop. The funds raised have been donated in the forms of cash and digital currency, with the help of platforms like Kickstarter.

Manchester-based technology company, Pixel Kicks, were the first to donate dogecoins to the fund. Soon after, individuals began donating their personal dogecoins. This led to the fundraiser organizer, Mark Ashmore, to accept other forms of digital currencies.

“It’s great because they [dogecoin community] are the kind of people who are likely to be using the cafe. We will be accepting Dogecoin and other online currency like Bitcoin.”

The group had already raised £15,000 and were seeking the final £5,000 through donations from the Kickstarter community. However, donations continued to flood the startup, and the goal was reached with days to spare. The cafe will be called Honest Coffe.

The Manchester coffee shop is expected to be up and running this July. Profits will go to helping local community groups and sports teams.

Digital currencies have proven that they are a great way to support a life-changing cause.

Founder of CashToCrypo, Brandon Mintz, and his Athens-based company are holding a bitcoin fundraiser for families whose loved ones died while fighting fires. The three University of Georgia students took a liking to bitcoin, and devised the fundraiser as a way of giving back to others.

The goal of the fundraiser is to help the families of the deceased firefighters find some financial relief. The cause will also help spread the word of bitcoin.

Whether helping families or taking part in a community initiative, digital currencies have proven their worth by affecting so many lives for the better.

NewYorkCoin: The Big Apple Gets Its Very Own Scrypt-Based Altcoin