KnCMiner, a Stockholm-based cryptocurrency hardware and software provider, has announced it has launched a version of its KnC Bitcoin Wallet for iOS.

In a press release sent to CoinReport, the company said the wallet, which had previously only been available for Android-powered smartphones, “is the easiest system for transferring bitcoins to friends and family from one’s iPhone, with personal, encrypted back-ups.”

In an interview with CoinReport, Nanok Bie, KnCMiner’s director of communications, said the company developed the wallet because “we want to promote the use of bitcoin generally and wanted a wallet where you could easily send bitcoin to your phonebook contacts. We didn’t find one on the market, so we rolled one out on our own.”

He said when KnCMiner set out to launch its wallet, Apple was still not approving Bitcoin wallets, so as soon as Apple rescinded its policy and allowed Bitcoin wallets back to its App Store, KnCMiner finalized an iOS version of its app.

The company said in the press release that iPhone users who download the wallet will experience the same features as the Android version, such as one-click backups of Bitcoins to iCloud, Dropbox, and Google Drive; one-click balance check in local currency; denomination of a user’s choice, from BTC to millibits; and live exchange rates for 20 common fiat currencies. 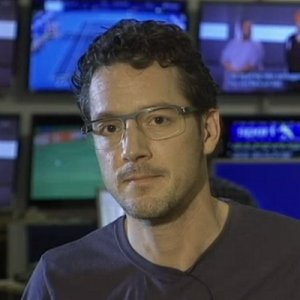 “Is one part of a long-sighted vision for the company. Our cloud mining customers and hardware customers can choose to use our wallet for convenience, but today the wallet is more of a service to our customers than a revenue-maker in itself. Going forward, we’ll be able to offer more services directly in the wallet app.”

“Despite some press reports to the contrary, we also have no plans to scale back the individual miner sales segment of our business; we will continue to sell the best cryptocurrency hardware money can buy to anyone who wants to have it. However, to continue doing business at ‘Bitcoin speed’ requires a certain amount of flexibility in the expansion of our business model, so we are looking at areas where we can not only strengthen our company’s position, but give more people more opportunities to participate in the Bitcoin economy.”

Asked to elaborate on what’s on the horizon for KnCMiner, Bie said the company will be “adding products that’ll connect to both our cloud operations as well as the wallet in the future. Having our own software platform gives us options to develop the functionality we want, and not have to wish for and wait for other developers in the business to do so. We’re pretty excited ourselves about these upcoming products, but we’d like to keep them under wraps until they are ready for release.”

Bitcoin Foundation vs. NYDFS: The Ongoing Fight for Bitcoin’s Freedom