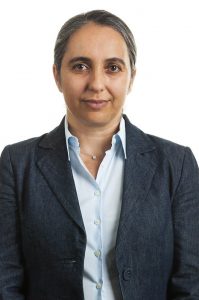 A special committee set up by the Israel Securities Authority (ISA), the national securities regulator of Israel, to look into the status of Initial Coin Offerings (ICOs) has concluded that a cryptocurrency used only for consumption i.e. as payment without any rights involved is not a security, according to a press release CoinReport received from Israeli PR firm David Malits PR.

The interdepartmental committee was set up in the ISA at the end of August last year to investigate the regulation of ICOs. The primary task of the committee, which was headed by ISA chief economist Dr. Gitit Gur-Gershgoren and retired corporate department director Adv. Moti Yamin, was to look into the applicability of the securities law to public offerings in the country based on decentralized registration.

The committee was requested to examine and describe these projects to prepare a relative review of the law in several countries all over the world, and to advocate the draft of regulatory policy in areas linked to securities law, while aiming for an equilibrium between supporting technological innovation and protecting the investing public.

The committee notes, “The question of whether a currency will be considered security will be decided according to the totality of circumstances and characteristics of each case on the merits of the law.

Cryptographic currencies that confer rights similar to those of traditional securities such as stocks or bonds will be considered securities. In contrast, cryptographic currencies that embody a right to a product or service and are purchased solely for consumption and use, will not be considered a security, but only if the purpose of the actual purchase was not for investment.”

In general, cryptographic currencies intended to be used as payment methods, clearing or exchange only, not in a specific venture, which does not confer additional rights and are not controlled by a central entity, will not be considered securities.” 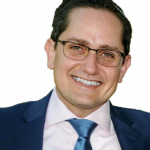 Yishai Trif, CEO of Moneynetint, an international banking services and e-commerce payments provider, commented in the press release we received, “Distributed registration is the future of the financial world. We must not forget that technological innovation is supposed to serve the public first and to streamline the range of services. During my years in digital commerce field, I have seen how technological innovation has been deliberately delayed many times, either because of barriers or because of the inability of the institutional bodies to contain them. The decision of the committee together with Israel’s global position in the space of technological innovation may serve as a catalyst for the rest of the developed countries and lead to its welcome regulation in the use of distributed registration technology.”