In early June, we reported on the launch of BetVIP, the first licensed sportsbook that deals exclusively in Bitcoin. BetVIP was founded by Daniel Schwartzkopff, a South African business executive with a technology background who created the platform to “allow bettors to benefit from the fast transactions and low costs of Bitcoin exchange.”

BetVIP.com went live just as the 2014 FIFA World Cup in Brazil was getting underway. In an interview with CoinReport, Schwartzkopff said the soccer tournament had quite an impact on the platform’s launch. 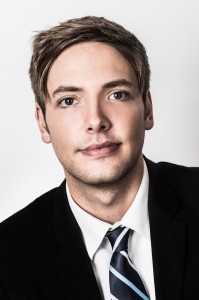 “There was a major media buzz around the tournament and we were fortunate enough to launch with it as we received a significant amount of coverage. We saw solid user growth and an exceptional number of bets even early in the tournament – it really showed us the potential of the platform and bitcoin gaming in general.”

“This encompasses changes to the UI (user interface) and UX (user experience), the sports we have on offer, the odds and the way they are displayed as well as the sign-up procedures we have in place. We quite often receive compliments on the wide array of local sports we have on offer – two examples I can recall being the local soccer leagues in Algeria and domestic tennis tournaments in Holland.”

Schwartzkopff told CoinReport that BetVIP is currently integrating a new best-in-breed casino product, one of several developments on track further down the line.

“We would like to see punters who are used to using traditional fiat sportsbooks make the move over to bitcoin – the ultimate digital betting chip – and take advantage of all the benefits such as instant deposits and rapid withdrawals. To achieve this we are constantly developing guides and educational tools to show people just how easy it is to buy and spend bitcoins.”

Schwartzkopff said that because the virtual currency space is evolving so rapidly at the moment, it is difficult to say where he sees BetVIP in the near and distant future. However, “hopefully in 5 to 10 years the legacy payments system will be a thing of the past and bitcoin-type payments will be the global standard. As BetVIP would have had a strong first-to-market advantage and solid experience in this space we would have to remain the global leaders in bitcoin gaming.”