Why Google Ventures Is Backing the LedgerX Bitcoin Futures Exchange

Google Ventures, the venture capital arm of Google’s future machine, has invested in LedgerX LLC, a startup which intends to build the first regulated Bitcoin futures market in the USA. LedgerX has attracted a number of luminaries from the financial sector to its board of directors, and has also successfully raised funding from Lightspeed Venture partners, a group that has previously invested in Whisper, Snapchat, and Ripple Labs.

LedgerX is trying to build something genuinely new to Bitcoin: a regulated, legitimate futures market palatable to investment from the mainstream financial industry.

A “futures contract” is a simple financial instrument in which one party agrees to sell something to another party at a specific future date, for a price agreed-upon in advance (notably, not necessarily the current price). Applied to Bitcoin, this means that, if you’re someone who wants to hold Bitcoin, but doesn’t want to risk having the bottom fall out of the market, you can make a futures contract to sell most of your Bitcoin a year from now to someone who expects the price of Bitcoin to skyrocket, for the current price of Bitcoin. Thus, given their beliefs about the future, they stand to get cheap Bitcoins in the future, and, given your concerns about the future, you eliminate the risk of volatility: even if Bitcoins are worthless a year from now, your business partner is still obliged to buy them from you at the agreed-upon price.

Even if you don’t intend to participate in the futures market, its existence still has value to you due to one of its positive externalities: namely, that the futures market provides slow-changing, and at least somewhat credible source of information about the future price of Bitcoin. This can exert a stabilizing influence on the market. If Bitcoin drops in value, but the futures market doesn’t drop, that means that smart people with money on the line have reason to believe that the dip is temporary, making people more likely to buy at the lower price, correcting the dip. The same is true if the price shoots up, but the futures market doesn’t change. Because people are more rational when money is on the line, and people making futures contracts are looking months or years out and can afford to disregard price changes not based on broad factors. Futures markets tend to be more stable than the commodities they’re based on, and can provide the confidence needed to help to smooth over random variations in the market and prevent them from becoming full-fledged panics and bubbles.

Futures markets originated in the world of agricultural commodities, to allow farmers, in a volatile commodity economy, to produce products without having to worry about their corn being worthless by the time the harvest comes. James Newsome, the former CEO of the NY Mercantile Exchange and current board member of LedgerX, makes the comparison directly.

“It’s no different than with corn farmers. […] They’ve got all this corn, the grain markets have been volatile. They could enter into hedging contracts knowing exactly what it’s worth, and not worrying about volatility.” 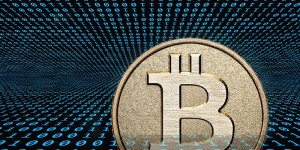 The reason that building a market for Bitcoin futures is appealing is precisely the reason that the benefits of it are so desperately needed: because Bitcoin is unstable. Most modern commodities markets, due to the influence of robot trading, mature financial industries in which the surviving players are competent, and various derivative markets, are very stable, and variations are small: there isn’t all that much money to be made, even if you are better at predicting the future price of commodities than everyone else. Because Bitcoin is highly volatile, the amounts of money to be made and lost in the futures market is enormously higher, and, if you’re the particular kind of competent lunatic that the financial industry attracts, that’s very appealing.

The market being regulated is important, because, obviously, futures markets come part and parcel with a high risk of fraud. If you can establish a number of futures contracts at a high price, then rapidly liquidate your Bitcoin to induce a panic that crashes the market, you can buy back enough to fulfill your obligation for cents on the dollar, forcing your business partner to pay you full price for Bitcoins that you have made cheap. The risk of this kind of fraud makes the existing financial industry hesitant to invest significant liquidity into such a market.

In order to establish a regulated exchange, LedgerX has to prove that Bitcoin as a market is difficult to manipulate, and that it can detect and report fraud by market makers, an unenviable task – however, making it past regulatory hurdles will provide a reputability and sense of stability that could help to encourage Wall Street to get involved.

Regardless of whether or not LedgerX succeeds in its plans, the eventual formation of a reputable, liquid futures market is very exciting, and we look forward to seeing a more mature Bitcoin economy that incorporates it. Clearly, Google sees the potential of that future as well, and is eager to be a part of it.