Gem, a developer API platform that simplifies integrating Bitcoin into apps and services, announced last week it has raised an additional $1.3 million, bringing its total raised to $3.3 million.

“The growth of Gem’s platform in recent months has been really impressive. It’s great to see the impact of taking something as complicated as working with Bitcoin, and making it accessible to developers who might otherwise be turned off,” said Jeffrey Citron, managing partner at KEC Ventures, in a press release sent to CoinReport.

Ken Miller, Gem’s COO, told CoinReport in an interview that the company had a mix of existing and new investors participating in this latest raise. 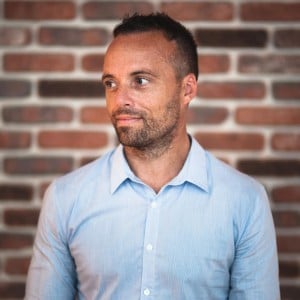 “What really got them excited was a realization that we had built something that would springboard bitcoin integration and development worldwide, and that hadn’t been done yet. KEC had been an investor in our initial raise and have been a tremendous partner along the way. When we decided to raise some more capital they stepped up immediately to invest again and lead the additional funding,” Miller told CoinReport.

He said having these particular investors back Gem means a lot to the company.

“This was our second time raising capital and it was incredibly validating to have them eager to participate and accelerate something that will impact businesses and lives around the word,” Miller said. “We’ve got a group of really fantastic investors who know the Bitcoin and financial services worlds well, and it’s really exciting to have their expertise and support.”

Gem also announced that its multi-signature wallet API is now out of private beta and available to any developer to use. The API gives developers access to a platform that has true 2-of-3 multi-signature, a sophisticated set of rules and monitoring to intelligently cosign transactions and prevent fraud, and key management within FIPS 140-2 Level 3 certified Hardware Security Modules that Gem introduced earlier this year.

As Gem prepared to release its API publicly, Miller said, “We worked with our early beta customers as they integrated to really find out what worked well and where some hiccups were that could be optimized. It was a great learning experience to make sure we could smooth out any kinks in the API, but additionally those interactions proved to be a great opportunity to get feedback on the additional feature requests and needs that they had that if we added in would make their lives easier. So the private beta process allows us to add a lot of additional functionality for the public release.”

For developers new to Gem’s API, there are few important aspects to note, Miller said. One of them is language flexibility; the company offers its API in four different client libraries (java, node, python, and ruby). Another is real-time chat support to answer questions and walk developers through any questions or needs over the phone if needed. Miller told CoinReport that because Gem built the API to do all the heavy lifting need to work with using Bitcoin so developers didn’t have to, developers can stay focused on what they are passionate about and develop a great user experience.