On Monday, Tether, which created the world’s first layer on the Bitcoin blockchain that converts fiat currency into 1-to-1 backed cryptocurrency, and Factom, which creates a general purpose data layer for the blockchain, announced a partnership in which Tether will leverage the Factom technology to enhance its transparency and audit strategy, and the Factom Foundation will use Tether as a key part of its asset allocation strategy.

According to a press release on the partnership, Tether’s wallet transparency focuses on eliminating trust through cryptography and decentralization. The Factom technology uses the same cryptography behind Bitcoin to mathematically demonstrate the existence of any data it receives by hashing that data and recording the resultant traces on the blockchain. This creates a provably time-stamped record keeping system that is able to maintain a near real-time, unforgeable audit trail of Tether’s wallet database.

The press release states Factom has chosen Tether as one of its partners on its asset allocations strategy. Further details are forthcoming, along with a breakdown of the best practices Factom will executive in its software sale. Since 1 tether USD token (USD₮) is always equal to $1 USD, this protects the user and Factom from the volatility associated with market price swings and preserves the value contributed by Factoid buyers. 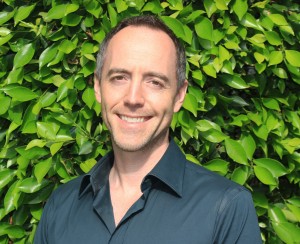 Reeve Collins, co-founder and CEO of Tether, told CoinReport that “the unique services that each company offers to the Bitcoin space makes this partnership very complimentary. Our teams have also interacted and worked together in the past, so when the opportunity arose for us to all to work together again, it made perfect sense.”

Peter Kirby, president of Factom, said that “we’re excited about using Tether as a way to build an asset allocation strategy that keeps our funds in crypto while protecting us from volatility.” He added, “By building tools for transparency and accountability, we can demonstrate that the digital currency space exceed the current banking standards”

Collins said, “We feel there will be many synergies created due to the closer relationship that we are pursuing. Two of Tether’s core value propositions are transparency and auditability. Factom now allows Tether to truly exceed any existing transparency and auditing standards out there.”

He added, “Tether helps Factom live up to its commitment to utilize the crypto ecosystem as much as possible. We enable them to keep balances in a dollar-denominated cryptocurrency, which will reduce the volatility risks inherent in Bitcoin. In addition, there now exists the option to pay employees, vendors, etc. in tether (Tether’s token) as well as Bitcoin.” 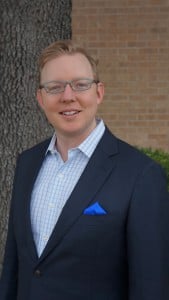 Kirby said, “Blockchain tools let us build an amazing, new world that’s transparent, secure, private and honest. We built Factom technology to truly realize some of these promises. And, because of the open-source community allows us to collaborate and build tools together, partnerships like Tether-Factom flourish.”

Collins told CoinReport that “Bitcoin and the blockchain are extraordinary developments which will change how the entire wold interacts with financial services, among other things. We believe that the adoption of blockchain technology was being hindered by people’s unfamiliarity and, at times, hesitation to use Bitcoin. The creation of Tether now allows usage of the blockchain with currencies people are familiar with, which will accelerate the adoption of both blockchain companies, as well as Bitcoin itself.”

Asked what key aspects about the blockchain that people should know about, Collins compared the blockchain to public check book, “where everyone can see the checks that have been written, and that all of the balances always add up. Anyone can audit it, add to it, extend it and use it without an intermediary because everyone agrees on the same rules. It enables ‘permissionless innovation’ unlike any other technology, and is possibly the most important innovation in modern human history.”

Kirby said he agreed with Collins, adding that Bitcoin is only the very first application of this technology. “Stay tuned for some fascinating stuff,” he said.

Images courtesies of Factom and Tether