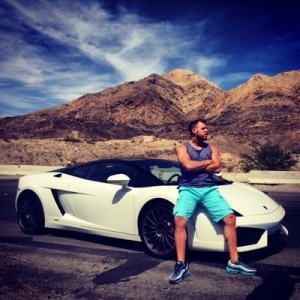 “If I could clone myself – then I could develop all this (CurrencyEvolution.com).”

This simple quote defines internet entrepreneur Niko Younts. He is a one man show. The 47 minutes that we spent together via phone were filled with much hype and enthusiasm.

“We are seeing a tectonic shift in internet marketing and branding,” he says. Domain names are becoming real assets.

Sometimes, Younts’ lack of transparency is frustrating. Almost every inquiry is met with “I can’t tell you that.” His protectiveness borders on paranoia. Perhaps this is because the internet domain industry is booming. Younts sold his rights to BitcoinWallet.com in February 2014 for $250,000. He bought it for $11,000. The sale, according to DN Journal, was the 27th largest global domain transaction of 2014.

His magnum opus, CurrencyEvolution.com, includes hundreds of Bitcoin-related domain names. He owns the Bitcoin domain globe. Over 140 countries, from GermanyBitcoin.com to ZimbabweBitcoin.com, are for sale. The jewels of the portfolio, which Younts refers to as “The Trio,” are BitcoinNetwork.com, BitcoinWallets.com, and BitcoinExchanges.com. He says he’s received multiple offers but all were too low. The sale of BitcoinWallets.com has been “pending” for nearly 16 months. Infamous Mt. Gox CEO Mark Karpeles owns the similar BitcoinExchange.com and Bitcoins.com and is asking $350,000 and $750,000, respectively.

“The ultimate leverage is sticking to your guns and not sticking to a price-tag. There are domain transactions in the five, six, and seven figures (USD) that are never reported.”

Younts’ style is ostentatious. Visit BitcoinExchanges.com or BitcoinWallets.com and you will find the page is parked, literally. A dingy warehouse housing an orange Lamborghini Gallardo covers the entire page.

He’s been in the domain business for nearly a decade. He is also a professional media consultant who earns a living on the internet. Bitcoin caught his eye in the spring of 2013. Shortly after, he began building his domain portfolio through aftermarket acquisitions. He says he isn’t interested in selling the domains to anyone outside of the Bitcoin space.

“I genuinely love Bitcoin and believe in its long term potential, precisely why I have invested so much time, energy, and capital in an attempt to carve out a corner of the industry, at least on a digital front anyway.”

He claims to hold the record for the highest Bitcoin domain sale in history with BitcoinWallet.com. According to Younts, both BTC.com and Bitcoin.com are currently being leased for $25,000/month and $10,000/month, respectively. Their sales were misreported. He doesn’t want to “fire-sale” premium assets. Leasing, licensing, or partnership agreements are all on the table.

When we begin to talk about the Bitcoin industry, Younts becomes frustrated. He sees disconnect between the venture funds flowing into the space and value coming out.

“I fundamentally believe there is a disconnect within in the $800MM in Venture Capital as it relates to global assets, digital marketing, and customer acquisition and branding strategies. Distributing business cards and glossy colorful flyers, with a bowl of candy and free branded ink pen at the Bitcoin conferences is not savvy marketing. It’s 2015.”

He claims his domain assets bring daily, highly-targeted leads from around the globe. Younts says the annual carrying cost of his entire portfolio is approximately $10,000. This low overhead cost leaves room for large potential profit.

It’s a big gamble, but that’s how he likes it.