Everyone loves banks, right? Well, alright, perhaps that isn’t true. But banks reciprocate that by not feeling so rosy about everyone, either. Most banks make money by offering loans and collecting interest, which means they need people to repay those loans. If a bank gives out too many loans that aren’t repaid, they’ll eventually go out of business, just like the mortgage crisis of the late 2000’s. To manage their risk, banks have tools like credit scores to evaluate loan applicants, classifying them as prime or subprime, with subprime applicants having poor or limited credit; that’s why the last banking crisis is often called the “Subprime Crisis.” Banks exist to make money, so of course banks seek to loan as much money as possible to the most qualified loanees. So who services unqualified or less-qualified loanees who may only need microfinance loans? What other niche markets are underserved by the banking industry, and can Bitcoin capture this business?

Banks traditionally seek to serve prime borrowers, equating to people with credit scores over 700, income of at least $75,000, and a significant credit history. That leaves a significant portion of the population outside of their target market. Industry research has termed consumers that do not handle all their financial needs through banks as “underserved,” as noted by Kevin Tynan in an article penned for www.americanbanker.com. The underserved population is more often seeking purely digital banking options, and tend to stay away from traditional checking and savings accounts, preferring prepaid cards or money orders. The demographic data of underserved consumers suggests they are typically millenials, immigrants, city-dwellers, those rebuilding credit, or a combination thereof, as noted by KPMG. These are services that Bitcoin could excel at supporting for consumers that are often savvy enough with technology to tackle the sometimes trying experience of using Bitcoin. In addition, the lack of overhead cost for a middleman offering digital transactions and the lack of interest from corporate competitors means doing business with underserved consumers is a no-brainer.

Perhaps less lucrative, but equally rewarding, is dealing with underserved loanees from developing nations. On their blog, peer-2-lending service BTCjam wrote emphatically that their lending platform, which requires “only a few clicks,” can change lives around the world. This has been the call to action from www.kiva.org as well, which boasts over $700 million in successful loans and a repayment rate of over 98%. By enabling even a small percentage of those loans through a platform built on Bitcoin, services like BTCjam and their users stand to benefit handsomely, as well as contribute positively to developing nations. When financial and moral good align the incentive to participate is nearly undeniable. In this way, Bitcoin-based services could capture a larger following and improve the perception of Bitcoin as a currency used for criminal activity.

Microfinance, as an industry, services over 200 million people worldwide. In a road map for the microfinance industry published in 2012, industry leaders cited the need for lowered barriers to enable companies to service potentially billions of clients in need. What better way to lower barriers than to enable anyone with an internet connection to conduct peer-2-peer loans through a service that performs risk assessment and mitigation? The blockchain may not be ideal for many financial needs, but the case for Bitcoin support microfinance is compelling. The need for microfinance domestically for underserved consumers and globally for entrepreneurs in developing nations is a clear message of need. Could Bitcoin’s “killer app” be in microfinance? It seems like a strong candidate.

Banks could adopt blockchain technology by next year 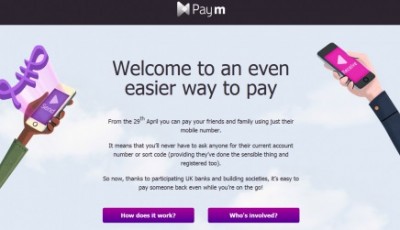