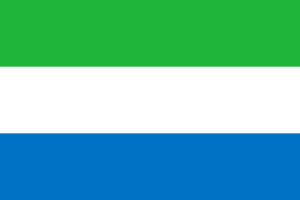 Mobile phones serving as digital wallets for workers responding to the Ebola crisis in Sierra Leone helped save lives and money and avoid labor disputes, observes a new study conducted by the United Nations-based Better Than Cash Alliance.

According to the Better Than Cash Alliance, Sierra Leone was hit particularly hard during the Ebola outbreak with more than half of the 28,000 total cases in West Africa. Response workers spread out across the country’s 14 districts, including many health units in rural regions. The Alliance said the speed with which the virus spread needed something more efficient, reliable and secure than cash to administer payments to response workers in a country with fewer than 50 ATMs at the time the outbreak struck.

Digital payments presented a strong solution, as Sierra Leone already had mobile network coverage across nearly 95 percent of the nation, with more than 90 percent of response workers having access to a mobile phone.

One major problem with cash, the Alliance noted, is that it is expensive, slow, hard to transport and vulnerable to theft, graft and payment errors. The organization noted that late or incorrect payments to response workers often resulted in strikes in past emergencies and at the start of the Ebola outbreak before digital payments were introduced.

The vast majority of cost savings were from eliminating payments to individuals who were not legitimate Ebola response workers, or “ghost workers,” the Alliance said. The funds saved were given to those who really needed them.

“Ebola response workers put their lives at risk every day. It was vitally important they received all the money they earned, with no skimming or theft. They got it immediately, as their families had no other income; and only legitimate workers got paid – no one else. Paying Ebola response workers directly into a digital wallet instead of cash met these goals, saved lives and over $10 million,” said Dr. Ruth Goodwin-Groen, managing director of the Better Than Cash Alliance, in a press release. “Sierra Leone’s experience shows the critical importance of developing and implementing national policy frameworks and supporting infrastructure to drive effective and flexible digital payments ecosystems in advance of humanitarian crises.”

The report says this case study demonstrates a general need for better design of digital payments in a range of contexts; further research on what is working (or not), for whom, and to what ends; and more international dialogue and alignment across traditionally disparate disciplines and fields, leading to more effective partnerships, smarter investments and better leveraging of resources to reduce duplication and foster innovation.

The report also suggests several actions various stakeholders can take. These include governments creating a robust digital financial identification system; the financial services sector working with other firms to boost the use of digital financial transactions while trimming the costs of these transactions; the humanitarian sector investing in providing services through mobile phones and the Internet that could contribute to bridging socio-economic gaps in ownership of digital devices and services; and international donors advocating for a policy environment that supports digitization of humanitarian payments, helping to improve sustainable access to financial services.