Denarium, a Finnish Bitcoin company, has developed a line of  low-cost physical Bitcoins in an effort to allow everyone to have an easy-to understand gateway to the world of Bitcoin.

The coins also include a Canadian-made hologram, which serves as an added layer of security for the protection of the private key. The holograms are labelled individually in two distinct series: the E-series and L-series. The E-series coins are sold without Bitcoins loaded to them, and customers can load a desired amount of BTC to the coin. The L-Series come loaded with Bitcoins, to which customers can load more amounts. The hologram has a “window” where a portion of the public Bitcoin address of the physical coin can be read for checking balance and loading Bitcoins to the coin.

According to Denarium’s website, all of the company’s coins feature a private key inside that uses a 30-character format. Each private key is printed just once and for security reasons each phase of product assembly that involves the handling of private keys is directly supervised either by the company’s CEO or COO, or both. The company prints the key as plain text, as well as a QR to be scanned by a mobile phone. 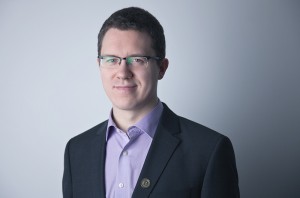 In an interview with CoinReport, Denarium CEO Henry Brade said the idea for the Denarium Bitcoin originated in 2011, when Casascius came up with the first physical Bitcoin. “The founders of our company have been fans of physical bitcoins since the beginning,” said Brade. “Now we have simply notice a gap in the market and decided to go for it.”

Brade told CoinReport that the regulation of Bitcoin is “almost non-existent” in Finland.

“The financial supervisory authority in Finland has declared bitcoins as digital commodities and as such they don’t include it in any of the regulations related to money or currency. The tax administration has taken stances on Bitcoin and those are quite positive. In terms of how the VAT [value-added tax] is applied to the physical coins, it is quite reasonable as we only need to include VAT on the physical coin value, not the Bitcoin value.”

With respect to the regulatory situation and the stance of the financial supervisory authority, things may change soon in Finland, Brade said. “We’re monitoring the situation closely and we’re prepared for the changes. Based on what we know about potential upcoming changes, they are not going to ban Bitcoin – but there may be increased regulation regarding companies like ours. Nothing we can’t handle, though.”

Denarium anticipates that the greatest demand for its product in the European market will come from Germany and the UK, Brade said. But the company wants to focus on all relevant countries, and will soon launch versions of its website in all major European languages. In Asia, Denarium has strong connections in Singapore and Indonesia, so those countries will be a high priority, but the company is also looking closely at the markets in China and India.

The company is currently engaged in an open funding round at Invesdor, a Nordic equity crowdfunding service. Brade said that although the company is doing quite well in the Finnish market, it wants to expand internationally and create new products. Among the projects in the pipeline are a service that allows instant purchase of Bitcoins without registering or form-filling and processing Bitcoin transactions offline.

“We are a patient ecosystem builder,” said Brade. “Our company started three years ago so we’re a pioneer, but we’ve built our company slowly and concentrated on the local Finnish market. Now we’re aiming to jump to the next level and I think that in the next couple of years the current big players in [the] Bitcoin space will be surprised. We will be a serious contender.”

Brade told CoinReport that he is a big proponent of Bitcoin 1.0 services (using Bitcoin itself) and strongly believes there is a lot of “unfounded hype” surrounding Bitcoins 2.0 services (using blockchain technology to develop something else). While he thinks the time for Bitcoin 2.0 will come, there is still a lot of work to be done with Bitcoin 1.0, Brade said. “The 2.0 apps are mostly only theoretical at this point and won’t have any useful mainstream utility in years.”