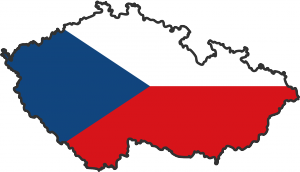 Radio Prague reports that a new digital currency called Czech Crown Coin (CZC) will be made available in the Czech Republic in September as the country’s local alternative to other, global cryptocurrencies such as Bitcoin.

CZC was launched by a group involved in broadcast media, including Ladislav Faith, a cameraman at commercial TV broadcaster TV Nova, who said the project was fully supported in the Czech Republic and the currency would be reserved for Czech citizens. In practice, half of the reported total allocation of 100 million coins will be reserved for Czechs, dependent on registration. The remainder will be released later, over the next four to 10 years. Faith said he expected CZC would eventually be traded internationally.

Not everyone is convinced the new digital currency is a great idea, questioning whether CZC will garner enough interest to truly take off. On the day CZC was announced, it did not take long for hackers to try to hit the currency’s website, czechcrowncoin.com. Fatih said that hackers from Russia and the Czech Republic had launched attack, but they had been successfully defeated; additionally, security was further enhanced. However, the site was not fully functional in the early afternoon on Thursday as had been planned, according to sources.

As a cryptocurrency, CZC falls within a grey area without regulation and support by institutions such as the central bank, which is not thrilled by the prospect. The Czech National Bank warns consumers of prospective risks, such as price volatility, and called the name chosen for the digital currency misleading and unfortunate, altogether too similar to the name of the republic’s official currency, the Czech crown.