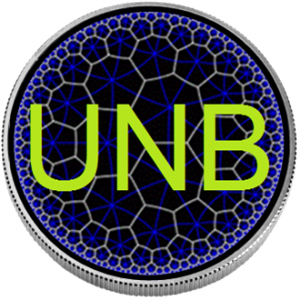 Having recently celebrated its first birthday, UnbreakableCoin (UNB) has lived up to its name.

The digital currency, which was added to Cryptsy’s exchange a few months after its release, has never been broken. It has never gone into maintenance once or temporarily removed from the exchange for review.

It’s become one of the most trusted coins out there, said developer Jim Blasko in an interview with CoinReport.

What sets UnbreakableCoin apart from other crypto coins is that users can put a name and a face behind this coin. UnbreakableCoin was the first digital currency with a telephone number (1-406-CALL-UNB). Users can reach Blasko by that phone number, as well as by email. His office in Las Vegas is open-door, so anyone can drop by.

“You got to get your face out there, you got to get exposure for the coin, let people know that you’re going to back them up,” said Blasko. “I think the phone number is a big thing. Every time somebody calls that phone number somebody’s picking up and…is there to talk to them. We built that trust by being there.”

Among the highlights in UnbreakableCoin’s first year was being added to the Cryptsy exchange and the launch of one of the first crypto auction websites – Unbreakablecoin Auctions – which has brought Blasko’s coin some recognition.

In early February, UnbreakableCoin hit a market cap of more than $400,000, but now is currently trading at about 1.3 cents, well ahead of Bitcoin on its first birthday. Despite the price drop, Unbreakable lives on.

“Unlike a lot of crypto coins when their prices crash, [developers] disappear and the groups disappear, a lot of the times the coins quit working, so we’re still here,” said Blasko.

Blasko runs the business from Las Vegas and has a team that spans the globe. The team is composed of supporters from the crypto community who generally volunteer their own time to help develop services for UnbreakableCoin, such as mining pool creation and wallet design. There are more than 20 team members, with a base growing in Italy. 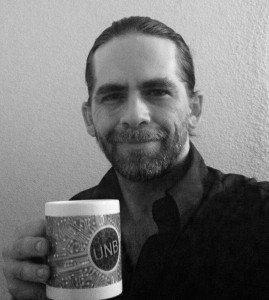 “Every team member has been dedicated and contributed a great deal of their own time to expanding UnbreakableCoin,” Blasko said. “I feel very privileged to be the guy behind the beginning of our community.”

To keep UnbreakableCoin completely safe, no one besides Blasko has access to changes to the coin’s source code on GitHub. Other developers are welcome to fork their own crypto coin from UnbreakableCoin, but the original code has remained untouched and unbroken since its release.

“I believe this is the only way for UnbreakableCoin to continue to remain as decentralized as possible,” said Blasko. “When these developers are constantly making changes to a coin that’s already been released, you have to wonder, ‘Is that coin really decentralized anymore?’ I’m pretty sure not everyone may have wanted these changes that the developer just made to a publicly released coin. A year later UnbreakableCoin has proven it doesn’t need any changes. It’s 100% unbreakable and remains truly decentralized.”

One area in which Blasko sees UnbreakableCoin standing out from other cryptocurrencies is the strong community that believes in and trusts his coin.

“[When] most coins go through a large increase in price and a large decrease in price, the fans of the coin usually don’t hang around for much longer. But even after suffering such a dramatic price decrease our fans are still here, and even stronger it seems like,” said Blasko, who added that he’s getting more phone call and emails than ever. Making himself available to the community by phone, email, and an open-door office has made a difference, he said. “[Those are] the kinds of things that we’ve tried to do, just make [UnbreakableCoin] more appealing in the sense that we wanted it to be a community’s coin. We didn’t pre-mine it, we wanted it to be a fair coin to all from day one, and nothing’s going to change about that. We’re going to keep it just that way.”