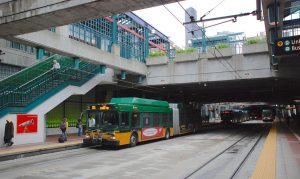 WatchGuard® Technologies, a leading advanced network security solutions firm, announced in a press release CoinReport received from Voxus, WatchGuard’s PR company, the findings of its Q2 2018 Internet Security Report, which investigates the latest security threats affecting small to medium-sized businesses and distributed enterprises. One of the findings of the report is malicious cryptocurrency miners have expectedly become a top threat in the United States.

Malicious digital currency miners are, as anticipated, continuing to grow in popularity as a hacking tactic, entering WatchGuard’s top 10 malware list for the first time in the second quarter of the year, says the network security firm’s report.

According to the data, victims in the United States were the top geographical target for this cryptominer, receiving about 75 percent of the total volume of attacks.

Other findings of the report include:

Along with insights into the top attacks in Q2 and defensive plans of action SMBs can use to improve their security, the complete report features an in-depth analysis of the EFail encryption vulnerability. The findings are founded on anonymized Firebox Feed data from almost 40,000 globally active WatchGuard UTM appliances, which blocked about 14 million malware variants (449 per device) and more than 1 million network attacks (26 per device) in Q2.

The full report can be downloaded from here.