Fresh out of Silicon Valley and backed by the founders of PayPal and Stripe comes Stellar, a non-profit, open source startup that describes itself as “a decentralized protocol for sending and receiving money in any pair of currencies.” The platform allows users to execute a transaction in one currency and have it processed in any other, with very small transaction fees.

To facilitate liquidity and support the platform, the company has created its own self-titled cryptocurrency. The market will determine “the stellar’s” value, but its primary function “is providing a conversion path between other currencies.” 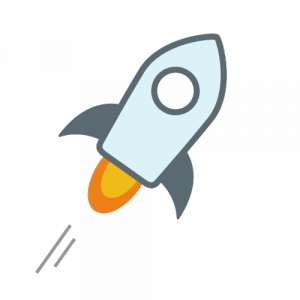 According to Stellar’s website, “Stellar is built on the concept of gateways—entities that let people get into and out of the network. You need to trust the gateways you use, but you don’t need to trust the other participants in the network. This is similar to trusting your local bank to hold a deposit on your behalf. In Stellar, you explicitly decide how much you’d like to trust a gateway by setting policies such as ‘I trust this gateway to hold a deposit of up to 100 CAD on my behalf’.”

User currency balances are represented by “credits” from the gateway. The site gives an example of such: “A user could deposit 100 USD into an appropriate gateway via ACH, and the gateway would issue a ‘(100, USD, )’ credit to the user’s Stellar account.”

As long as the gateway has been trusted by the user for a defined amount, the credit will be issued. With this credit, users can trade amongst one another without having to go through the gateway.

This is where “the stellar” currency comes in. “Behind the scenes, there might be a series of conversions along the way. For example, a user might submit a transaction which converts EUR credits to stellar and then converts those stellar to AUD credits. Ultimately, the user will have sent EUR, the recipient will have received AUD, and two exchange orders will have been fulfilled,” explains the site.

Each transaction currently has a fee of 10 microstellars, which is relatively small considering the fact that signing up now yields the user 5000 free stellars. There’s an initial cache of 100 billion stellars, with a 1% yearly growth.

“Just as the internet allowed anyone to send an email or create a blog, Stellar’s common financial platform now allows you to easily send, save, and receive money, without large fees or hassle,” the site states.