Launched in September, Ashe Pay is a startup founded by two Yale University students that bills itself as “the right way to pay.”

“Ashe Pay is the most revolutionary payment network in the U.S.,” states the company’s website, describing it as “a network built for both buyers and sellers.” And Ashe Pay’s approach is attracting digital currency traders.

In a news release sent to CoinReport, Teddy Shim, a sophomore studying economics and philosophy, described the origins of Ashe Pay, which he initially set out to be a multifunctional payment card company back in February.

Shim said in the news release: 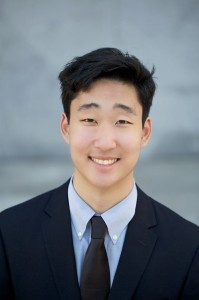 “To issue our cards, Ashe must be a partner with Visa or MasterCard, so I read up on how these payment networks work. By the time I got a grasp of these companies, it was clear that the payment industry is very old, complicated, expensive, and technologically archaic. To be honest, it is broken. A merchant’s payment has to go through several players, from the acquirers, issuers, third party payment processors, to Visa/MasterCard, all of which must perform perfectly. As a result of this structural problem, a merchant has to be involved in multiple contracts and pay high fees for a system that is both inefficient and susceptible to fraud and account freezing. Some online alternatives like PayPal are limited because they are built on existing networks and as a result, have chargebacks and excessive fees.”

During brunch at a Yale dining hall in March, Shim’s friend, Mark Pham, who is a junior majoring in political science, told Shim he didn’t understand why he always had to pay more than $20 to add $20 to his campus printing account. Shim told Pham what he learned about the payment industry and later invited him to join Ashe Pay.

“We decided to turn the company into an online payment network that is more efficient, cost-cutting, technology advanced, and intuitive for both sellers and buyers,” said Shim.

To differentiate itself from other payment networks, Ashe Pay offers sellers the opportunity to receive as many payments as they like with no per-transaction or per-swipe fees, all for a flat fee of $10 per month. The startup also has a no account freezing and no chargeback policy.

“As a result,” said the company in its news release, “a big number of early Ashe Pay adopters trade virtual currencies like bitcoins, which cannot be chargebacked.”

The company will not freeze accounts unless it receives official requests from government agencies, at which point Ashe Pay will do its best to inform account holders why their accounts are suspended.

Ashe Pay operates on a close-loop network, acting as intermediary between sellers and their customers.

Pham said in the news release: 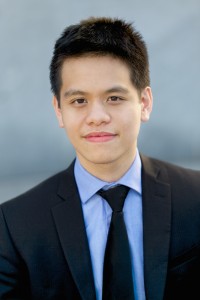 “Money goes from buyers to sellers via Ashe Pay within microseconds. This allows us to both cut cost, which results in the flat fee for merchants, and makes Ashe a much safer network to move money through. What’s common about the payment data hack at Target, Home Depot, or K-mart is that it wasn’t necessarily Visa or MasterCard that are attacked. The party being hacked may be a third party processor you never even knew handled your money. So why not take these parties out of the picture and make the system safer, more transparent, and more accountable?”

For $1 a month, buyers using Ashe Pay are assured their accounts cannot be hacked because of AsheTag, a one-time-use payment password that replaces sensitive information like credit card numbers or addresses. Whenever buyers pay using Ashe Pay, they are provided with a series of numbers that act as a temporary password. After one use that AsheTag becomes inactive and a new one is required for every purchase, meaning “fraud through the theft of sensitive information is impossible,” said Ashe Pay in its news release. The company also lets buyers pay merchants through email. Under this process, buyers type in the email address of the merchant on the payment section on their account page along with the amount. Buyers can also receive substantial discounts from merchants who accept Ashe Pay.

In an interview with CoinReport, Pham talked about the seven-month period from when he and Shim got together to create Ashe Pay to when the pair formally launched the company, stating “it was very interesting, challenging, and ultimately enlightening.”

“We faced numerous obstacles, the biggest of which was getting a bank to understand the nature of our business and agree to be our partner. Most payment startups you hear about are payment processors (which banks are very unwilling to take on) that run on the infrastructure built by payment network such as Visa and MasterCard. Ashe Pay is NOT a processor. We’re a payment network. And starting [a] payment network is, well, almost unheard of these days. As a result, in the first forty times we broached the topic, banks assumed was that we were a processor. We had to explain to them very concretely that we were actually building another network itself. Even then we got rejected because banks don’t care or want to know about the distinction between payment networks and processors. They would rather play it safe. It was overall a huge learning experience for all of us.”

While researching the payment industry, Pham and Shim frequented forums for digital currency traders and listing site sellers. After the pair launched Ashe Pay, they figured it would make sense to first spread the news about their company on these forums because, Pham said, “Ashe Pay serves their needs perfectly.”

Within the first week of its launch, Ashe Pay garnered more than 1,000 sellers and buyers.

“We did not expect such immediate growth, especially because we had no budget for marketing,” said Pham. “Our sole means of getting word out about Ashe Pay were word-of-mouth and forums. We [now] have about 2,500 users who actively use Ashe Pay.”

As for feedback from digital currency enthusiasts, Pham said that “traders are very happy about the news of AsheTags. Unfortunately, only traders with their own sites for accepting payments can allow the use of AshTag. Most small sellers/traders normally get paid via email. That said, Teddy and I are looking at partnership deals with major digital currency exchanges, whose sites can implement AsheTag and allow safer payments.”

In its news release, Ashe Pay said it “actively welcomes and wants to be part of the virtual currency community.” Elaborating on this, Pham told CoinReport:

“We started Ashe Pay with the vision of making access to money and moving money anywhere much more easier than they are now. The digital currency community is essentially after the same goals. We see fundamental problems with payment systems used for digital currency, namely chargebacks and high fees, which Ashe Pay addresses and thus we want to spread the news about us.”

Pham later illustrated this “copy-and-paste process” in his interview with CoinReport by exploring the issue of credit card numbers and chargebacks.

“When a buyer pays online today, he or she has to type in the credit card number that is embossed on his physical credit card. The online system of using the physical card number places the customer in a vulnerable position (the customer’s purchase identity is a string of numbers on a card.) Basically, the online payment system looked for something in the physical space to ‘copy and paste’ into the online space.

“On the issue regarding chargebacks, when the first payment networks were invented, all transactions occurred in the physical space, making it possible to prove or disprove the occurrence of a transaction. Chargebacks thus made sense. In this Internet age, however, it’s virtually impossible to prove the actual identity of the person who makes purchases behind the screen of a computer. Allowing chargebacks becomes heavily biased towards buyers/payers, who have the power to take their money back at will and without proper justification. This is a clear sign that payment companies blindly copied the existing framework of the payment space and pasted it into a vastly more sophisticated online payment space that needs different mechanism for solving merchant-buyer dispute.

“Digital currency is one big example of a space that the current online system does not support property. Crypto-coins cannot be chargebacked. As a result, sellers (and exchanges) require buyers to set up escrow accounts to make payments only deal with local and reputable buyers. This creates massive market inefficiency. In other words, because virtual currency is a non-chargeback-able product, virtual currency needs a non-chargeback-able method of payment, or else the merchant is always at risk of friendly fraud. Ashe Pay eliminates that risk.”