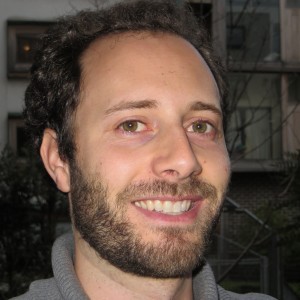 Flavien Charlon, founder of Coinprism, told CoinReport in an email:

“It was important for us to release Openchain as an open source project as enterprise customers are very sensitive to vendor lock-in. One thing we have learnt from designing Open Assets is that openness is key when you want a technology to become a standard.”

Making the announcement in a press release sent to CoinReport, Coinprism said that unlike Bitcoin, which is based on a central, unique distributed ledger, Openchain allows each user to deploy their own instance of Openchain, which can then be interconnected.

Explaining Openchain further, the company said that public ledgers like Bitcoin have been problematic for financial institutions. In a public ledger system, transaction validation is delegated to a group of potentially unknown parties – the “miners,” while financial organizations are often legally required to vet every transaction processed.

Openchain has been designed with these requirements in mind, offering full control over transaction validation, said Coinprism.

According to the company, Openchain features a powerful hierarchical account system, hybrid between a file system and a double-entry accounting system. This allows the administrator to define their business rules (such as AML/KYC requirements) by setting different permissions on accounts. The Openchain ledger, similar to what Bitcoin does, can be made fully transparent and auditable, said Coinprism.

The company further stated that regulators have increased the auditing and reporting requirements for financial firms since the financial crisis of 2008, resulting in huge costs to those institutions. Openchain, as a verifiable and transparent ledger, can potentially help those firms save billions of dollars.

Users of the enterprise-ready blockchain technology also benefit from immutability, as the new ledger publishes anchors into the main Bitcoin blockchain at regular intervals, providing the security and irreversibility of Bitcoin while keeping transaction costs to a minimum.

“While proof of work is central to building a fully autonomous, decentralized currency such as Bitcoin, it actually becomes a burden when you start tokenizing assets,” said Charlon in the press release. “With Openchain, we have taken all the key characteristics of a Blockchain like immutability, auditability and programmability, but removed the legacy of proof of work. This allowed us to build an extremely efficient and scalable platform with no compromise.”