In its announcement Monday on the launch of its regulated Bitcoin exchange, Coinbase said in its blog that “if you are a Coinbase user in one of 24 supported U.S. states or territories you can begin trading immediately on Coinbase Exchange.”

According to a link included in that post, the supported states are the ones in which the Coinbase’s USD Wallet is available because the company “is either licensed to engage in money transmission or where it has determined that no such license is currently required.”

As reported by the San Francisco Chronicle, Coinbase said Monday that “the exchange is regulated because of its ability to obtain money transmitter licenses in 24 of the 50 states. So it’s regulated at the state level.”

However, as the Chronicle reported, the service is not regulated in California, which is among the 24 supported states Coinbase has listed.

The California Department of Business Oversight states it has not issued any licenses for digital currency exchanges, meaning the state has not investigated Coinbase to determine whether it is safe for consumers.

“Numerous press accounts about Coinbase’s Jan. 26 launch of Coinbase Exchange erroneously reported the Exchange has received regulatory approval from the State of California,” said Jan Lynn Owen, the department’s commissioner, in a statement released Tuesday. “The California Department of Business Oversight has not decided whether to regulate virtual currency transactions, or the businesses that arrange such transactions, under the state’s Money Transmission Act. California consumers should be aware Coinbase Exchange is not regulated or licensed by the State.”

“It’s not that if they operate in California, they’re breaking the law, but it’s important that consumers be aware that the Coinbase exchange is not regulated or licensed in California,” said Tom Dresslar, a department spokesman, to the Chronicle.

The newspaper reported on that on Tuesday, Coinbase backtracked, stating that it has licenses in 14 states, did not require licenses in eight, and that two – California and New York – are in a “grey zone” while they work out regulations.

Digital currency regulation is still a matter of debate in California. Like PayPal and Western Union, Coinbase Exchange would probably be regulated as a money transmitter in the state, said Dresslar. “We have not made a decision about whether to regulate virtual currency under our money transmitter statute,” he said.

Dresslar told the Chronicle that protections like minimum bond amounts and adequate eligible securities “help ensure that their customers don’t get left holding the bag if something happens.”

Unlike in Europe, US regulation of Bitcoin exchanges fall under state jurisdiction, said Jesse Powell, CEO of Kraken, a San Francisco digital currency exchange whose customer base is largely in Europe, where it is licensed.

“The regulators in Europe are much more open-minded and forward-thinking, and used to thinking about innovation in financial services,” Powell told the Chronicle. “Within Europe, you have essentially one license for 28 countries, it’s kind of the opposite situation here in the United States.”

Some exchanges still run outside regulatory boundaries, which Powell described as a dangerous game that could have consequences.

For some people, Bitcoin’s appeal lies in the fact that it is unregulated, with no authoritative body overseeing it. But consumer protections will not scare off many Bitcoin users, Powell said to the Chronicle.

“The people who value their privacy that seriously are in the minority,” he said. “If you want to capture the larger market, you need to work with the regulators.” 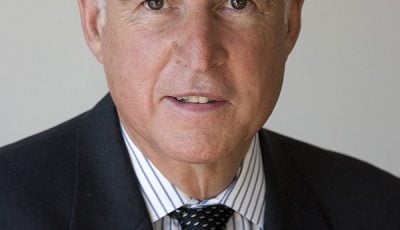