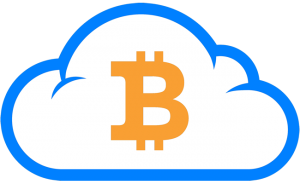 Earlier this week, a cloud-based bitcoin mining operation close by the Seattle, Washington area recently gave a local TV station a tour of their operations. The Komo news station was shown two warehouses filled with bitcoin mining rigs. Operator Dave Carlson told the news station that he mines at a processing power of 1 petahash and was making $8 million dollars worth of bitcoin a month. However, compared to CloudHashing.com, Carlson is dwarfed  when it comes to mining power.

Cloudhashing uses the latest in ASIC technology, which in turn results in more bitcoins. The cloud-based bitcoin mining operation estimates that their network will generate $20 million in bitcoin per month. Pinpointing an exact amount that the new speed will reach is impossible, but the $20 million dollar estimate is a safe guess at current Bitcoin price average of about $640.

CloudHashing say that they have built “a formidable cloud super-computing network of mining machines.” The company rents its machines to users for rates ranging between $999 to $8,999 a year. The more expensive the machine, the more processing power an individual gets to mine for their bitcoin.

By the end of each mining day, Cloudhashing splits the day’s earnings between customers, but keeps 20% of the network’s capacity. It may be making as much as $4 million in bitcoin a month.

Cloudhashing contains data centers across the globe, including one in Iceland.

Cloudhashing was designed with the intent of replacing expensive mining hardware machines that take up space and too much electricity. The company was founded by CEO Emmanuel Abiodun.

In February this year, CloudHashing users complained about overpriced and confusing plans. The bitcoin mining service failed one user who was upset over his initial experience with the company. The user, CaptainThunderpants, said that his year long contract didn’t even last a year. Rather, there was a set date for when his contract ended, and it didn’t include any type of discount for the time he missed out on.

“On January 2nd I signed up for a “1 Year Contract”. After my account was created, I noticed that my 1 year contract was set to expire on December 1st; 11 months from when I bought it. I contacted support and inquired about it and they said my contract was “1 year from the time the mining term started, not from when I purchased my contract” and they stated “sorry if you were confused”. Well hell yes, I was “confused”! Because their website stated 1/year contract! It’s now February and the same contract is listed as “1/year” but anyone who buys it now will only get 10 months. That’s not right and tantamount to fraud in my book.”

If Cloudhashing makes good on their promise of not only increasing their current network capacity but also improve on their customer relationship and services, they may be able to change the minds of their skeptics who once refereed to the service a scam. It will be impressive if the mining service can make good on its claim, and create a mining platform that doesn’t require buying a massive energy eating machine.