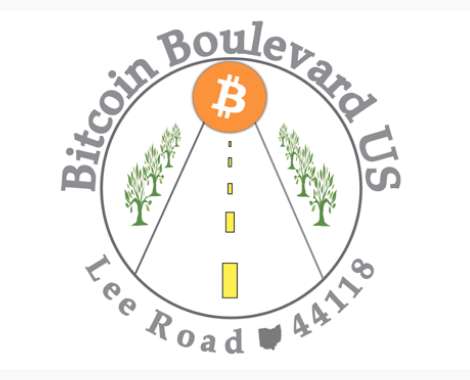 A suburb in Cleveland Heights is ready to make a bold step for its economy. Several businesses within the area have already begun welcoming bitcoin.

A group of merchants in the neighborhood of Cedar-Lee have come together to form the first ever US Bitcoin Boulevard. Starting this May, nine businesses will start accepting bitcoin payments along Lee Boulevard. Some of the businesses include a diner, a tavern, a pub and a winery.

The first business along the boulevard to begin welcoming bitcoin was The Wine Spot back in February. The winery claims to be distinct from other local shops for its selection of worldly wine and beer for the best prices.

Co-owner of the winery, Adam Fleischer, began recruiting other businesses within the area for the country’s first Bitcoin Boulevard, along with Nikhil Chand. Chand, a local bitcoin consultant and owner of CoinNEO says:

“The Wine Spot’s experience generated interest by neighboring businesses, and soon a vision was shared.”

Chand and other locals in the area are pleased with bitcoin for its cheaper processing fees compared to conventional payment processors, and its emphasis on security. This acts as a major selling point to those who get started with bitcoin. Chand adds:

“When you hand someone your credit card, you are giving them all your personal information. You don’t do that with Bitcoin.”

The Bitcoin Boulevard in Hague city in the Netherlands started on March 20th, 2014, when nine restaurants and an art gallery began accepting bitcoin simultaneously. The two streets that make up the boulevard, Bierkade and Groenewegje, have been unofficially renamed Bitcoin Boulevard.

The city was enthusiastic to jump on board with the idea to create a small, but supportive bitcoin economy. One of three organizers for the project, Hendrik Jan Hilbolling, says he came up with the idea after convincing one of the local restaurant owners to start taking bitcoins. Hilbolling, and organizing partners Peter Klasen and Henk van Tijen, met up to make the idea a reality.

Henk van Tijen further explained the vision of the Bitcoin Boulevard. He says:

“This event is is not just for nerds like ourselves, but for the regular moms and pops, kids and students. The purpose is to make it for a more broad audience.”

The Bitcoin Boulevard concept hopes to encourage spending and growth within a small community. Perhaps one day, they may grow large enough to form Bitcoin Avenues.