For nearly a year, the Canadian Standing Senate Committee on Banking, Trade and Commerce has held several meetings in its special study on the use of digital currency, focusing on its potential risks, threats, and advantages.

To date, the Canadian senate committee has heard testimonies from a wide range of witnesses, including government agencies, digital finance experts, academics, and Bitcoin companies.

In its first meeting of this year on this study, held on January 28, the committee welcomed, from the Royal Canadian Mounted Police (RCMP), Jean Cormier, superintendent and director, Federal Coordination Centres, and Drew Kyle, sergeant and acting officer in charge, Financial Crime, Federal Policing Criminal Operations. The committee also heard from Michael Peirce, who is assistant director intelligence at the Canadian Security Intelligence Service (CSIS).

In his opening remarks, Cormier acknowledged the many benefits associated with digital currency for legitimate customers.

“We know that digital currency offers efficient privacy and security, advantages that are not always present when dealing with traditional fiat currencies. Digital currencies are clearly a new frontier, one in which innovation will no doubt lead to significant consumer benefits for those that use it for legitimate means,” Cormier said.

He added, “As with any new and innovate practices, especially the ones that promise anonymity and the unregulated movement of funds, we can expect that criminals will employ and exploit these particular aspects to further their criminal activities.”

Cormier told the committee that the RCMP would like to suggest that cryptocurrencies represent a real and evolving threat, and that the law enforcement agency “is aware of the potential for digital currencies to be exploited for criminal use, and it is our view that the illicit use of digital currencies does indeed represent a threat to Canada’s economic integrity.”

Cormier pointed to some examples of large-scale criminal activities that were directly enabled by digital currency, among them Silk Road, an online black market where some items originated from Canada. Canadian law enforcement was involved in the investigation into Liberty Reserve, a centralized digital currency exchange that has been charged with laundering $6 billion through 55 million illegal transactions.

“Digital currencies present a tremendous challenge for law enforcement because decentralized digital currencies such as bitcoin are not bound by the same laws or regulatory regime as other legal tender,” Cormier said, adding that “in essence, bitcoin is stateless and users have the ability to move their transactions to the country that offers the least resistance — and they can do all of that, through electronic means, regardless of where they find themselves on the globe. Essentially, a world-wide value transfer system.”

Cormier said that “from this standpoint, it is important for Canada to ensure that we are not viewed as the weak point in relation to digital currency systems. Canadian law enforcement continues to work with its domestic and international partners to investigate, share information and help ensure that there are appropriate legal restrictions around the use of digital currencies without negatively impacting the benefit that they offer to legitimate consumers.”

Cormier acknowledged that care should be taken to ensure that digital currency innovation is not stifled by regulation; however, regulation could help mitigate the threat of organized crime groups in Canada and worldwide in taking advantage of aspects of the economic system that offer the least amount of accountability and transparency.

Cormier told the committee that when it comes to money laundering and terrorist financing, the biggest concern the RCMP has with respect to digital currency systems such as Bitcoin is the ease with which transfers can occur across international borders with little to no oversight. Cormier said the RCMP believes a regulated system that can trace and detect such transactions would help law enforcement and its partners who are cracking down on money laundering and terrorist financing.

Noting that the federal government is currently implementing legislation that would put digital currency markets in the same category as money service businesses under the Proceeds of Crime (Money Laundering) and Terrorist Financing Act, Cormier concluded that the RCMP welcomes reform that would serve to support Canadian law enforcement efforts to combat the misuse and exportation of digital currency innovation for criminal activity.

Michael Peirce, of CSIS, told the committee that technological developments such as digital currency are of interest to the service, which has “a responsibility to remain aware, up to date and informed about things like digital currencies.”

Peirce said that from a national security perspective, digital currencies and online payment systems do not currently represent a significant cause for concern, “partially because they are relatively volatile and not conducive to the kind of quick or easy use that we might see from individuals travelling for purposes of terrorism.”

While digital currencies have not to date been considered a significant means of funding or fostering threats to Canada’s national security, they do hold the potential to become a tool for threat actors in the future, Peirce said.

Following Cormier’s and Pierce’s remarks, the chair of the committee, Senator Irving Gerstein, referred to previous witnesses, who offered conflicting views on whether Bitcoin transactions can be completely anonymous. Asked for his view, Cormier said that “it is a fact that it can be detected,” and the RCMP is working on creating tools that will allow it to detect it.

Noting that digital currency technology is “transparent and complex,” Senator Paul J. Massicotte asked Cormier to help the committee fully understand it, stating, “The technology raises some concerns, but so far, the government and society in general is not concerned. Is that right?” Cormier agreed, but noted that the RCMP is “concerned that the more this technology is used and develops, the greater the risk of it being exploited for criminal purposes.” Peirce agreed that when it comes to digital currency, there is nothing for society to be concerned about.

Massicotte also brought up the issue of technology enabling the identification of digital currency owners. With respect to identification, Cormier said, “The solution would be to implement a regulatory system similar to any banking system that carries out financial transactions. If a transaction takes place, such as a deposit in a bank account, that involves millions of dollars converted into bitcoins, the bank employee receiving these funds should be able to identify the client in question and have the client’s file in hand.”

Asked by Senator Diane Bellemare to provide an example of situation in which Bitcoin was used for criminal purposes, Cormier noted a ransomware scam observed by the Canadian Anti-Fraud Centre where to decrypt files on victims’ computers the demanded ransom was Bitcoin payments. Cormier said in the case that was investigated, the victims did not have the Bitcoins to pay.

Senator Stephen Greene asked the witnesses how they can look for threats. On the matter of ISIS calling for the use of Bitcoin, Pierce said when CSIS actively investigates financial activity in and around travel, if the service is seeing the money that supports the travel, then CSIS has a pretty good idea that ISIS is not using Bitcoin. He said CSIS has reason to believe that Bitcoin is not being used to any significant degree in that respect.

Cormier said the RCMP has its own Bitcoins for the purpose of exercise and developing expertise around it. The law enforcement agency gathers intelligence from different methods, he said. “Some are human-sourced, some are generated from other partner agencies, some are from other law enforcement agencies around the world, and from that we try to identify exactly what is coming our way, whether it is six months or a year or two down the road.”

Bringing up the issue of regulation, Senator David Tkachuk supposed that if Bitcoin were regulated, it would lose its appeal among criminals, who might invent a new currency. Cormier said if regulation is put in place, it should cover all kinds of digital currencies, not just Bitcoin.

Senator Tkachuk said he hadn’t seen from any testimony that if there are transactions in Bitcoins, in the end the individual needs cash. Drew Kyle of the RCMP said one does not have to go far on the Internet to find there is a great deal of lifestyle that can be lived on Bitcoin now. “If I’m working in that world, for instance, I run Silk Road, maybe I don’t need fiat currency. Maybe most of what I do in my life I can deal with through a bitcoin currency.”

Kyle added, “As more and more acceptance comes, every day you can see more and more items that you can purchase with bitcoins, straight-up purchase at different places. Is it more difficult? Absolutely. But I think you will find that in Vancouver now you can quite easily use bitcoin to purchase coffee at a number of different coffee houses, as an example.”

To add to Senate Tkachuk’s questions in relation to conversion, Cormier said it is like the money laundering process. If an individual wanted to transact money and is laundering money, whether in Bitcoin or fiat currency, that individual will probably go to an area where there is more lax banking regulation.

Toward the end of the meeting, Pierce said the biggest challenge regarding investigation is the speed. “You may have a lead and you want to investigate it. By the time you get the information necessary to support the investigation into the use of a digital currency, it may be too late. And that’s where the challenge will lie in the future as well.” 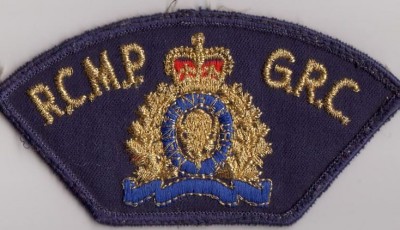