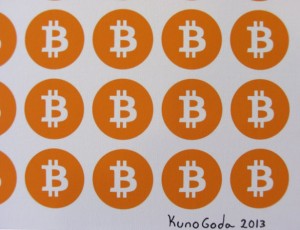 A small but rising number of employees in Canada are collecting their salaries in Bitcoin, according to Wagepoint, a Waterloo, Ontario-based payroll company.

In an interview with the Canadian Press, Wagepoint CEO Shrad Rao said his company first came up with the Bitcoin payment option last November as a side project and did not expect any reception.

But as Bitcoin’s popularity grew this year, said Rao, staff from 10 companies have selected the Bitcoin option, and many more are asking about it.

“When we started off, we didn’t even think we’ll get one. What’s interesting is that we’ve actually had customers come to us because of the (Bitcoin) integration, which we were not expecting at all.”

Rao told the Canadian Press that the companies are overwhelmingly in the technology sector, where workers have greater interest in new innovations.

Rao said he also gets about five inquiries about Bitcoin payment per month from the US. Wagepoint has an office in New York, but has not yet launched a Bitcoin payment option in the States.

“The goods – the Bitcoin, in the case of digital currency – must be valued and reported in Canadian dollars. The employee would then include the appropriate amount on their tax return for the year as employment income. Any tax payable would have to be paid in Canadian dollars,” the spokesman said.

The process works differently for Wagepoint. Rao said that for tax purposes, workers are still being paid with Canadian dollars on paper. Employees can collect all or a portion of their salary in Bitcoin, and taxes are taken from the Canadian dollar wage before the rest in converted.

“Really, it’s (about) what you do with your personal income at that point. If you bought a boat with it or invest in Bitcoin – I’m not sure that’s very different from each other.”

A Bitcoin payroll system is not likely to have mass adoption until there is regulation and widespread acceptance of the digital currency, according to Cissy Pau, principal consultant with Vancouver-based Clear HR Consulting.

She predicts that being paid in cryptocurrency will not grow beyond the technology realm as they are currently too few places to spend it.

When I Buy Bitcoin, What Am I Buying?

Overstock’s CEO Wants to Issue Stock on the Blockchain, Pay Employees in Bitcoin