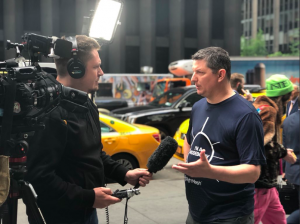 “Decent – How Blockchain Can Change the World,” an upcoming documentary film by Refugium Foundation; a not-for-profit foundation created to promote knowledge about decentralized technologies through film & other media, conferences, trainings and workshops; hopes to move discussion away from how crypto has become synonymous with easy money.

Showcasing why the developers, designers and pioneers started developing blockchain technology in the first place; the film plans to feature the technology’s real-life use cases that offer solutions to societal issues ranging from a lack of internet connectivity to aiding refugees.

Filmmakers Marek Osiecimski, Sebastian Strzelecki and Anna Konieczna will travel the world and bring attention to an assortment of human stories presenting those waiting for this technology to enhance their lives. The filmmakers intend to also spotlight those blockchain firms working on projects that may meet those expectations and change the world for good via a range of applications.

Among the highlighted companies in the film will be RightMesh AG, the “infrastructure-less” connectivity company developing a decentralized mobile mesh network.

“We are thrilled to be given the opportunity to spread the word about our mission to lift nearly 100 million people out of poverty by bridging the digital divide,” said RightMesh co-founder and CEO John Lyotier in a press release CoinReport received from Spark, RightMesh’s PR firm, about this story. 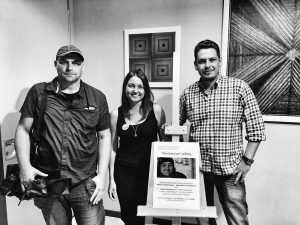 “We are harnessing the combined power of a mobile mesh network and the blockchain to create the world’s first software-based, ad hoc mobile mesh networking platform and protocol to connect smartphones without a central internet. The team at Decent is showcasing how decentralized technologies like these can have the potential to change the world.”

Besides RightMesh, the blockchain projects that will be spotlight in the documentary include Golem, the first global market for idle computer power; Streamr, an open source platform for the free and fair exchange of the world’s real time data; DAOstack, an operating system for artificial intelligence; and Colendi, a decentralized credit scoring and microcredit system for the unbanked.

“Decent” director Osiecimski commented, “While working as a foreign correspondent for TVN24, I saw the plight of other humans in war-torn and afflicted regions.

“We want to explore these stories and tell them to the world while presenting how various blockchain projects are meeting those needs. In the film, we will get past the ICO hype and talk to the most important thinkers and developers in the space. This will bring blockchain’s full potential to life.”

DAOstack community and business developer Nathalia Scherer stated, “DAOstack believes that storytelling is an essential part of making decentralization a more present reality. Understanding the scenarios and possibilities of this way of organizing and of the blockchain technology can be very overwhelming, therefore being able to connect stories, showcasing real people building on different use cases is extremely helpful for the ecosystem.”

Colendi co-founder Bulent Tekmen said, “Colendi wants to make refugees feel secure as they try to settle abroad. By utilizing blockchain’s position as a decentralized trust machine, we can help those who are marginalized feel as confident as if they were operating within their home country.”

The film crew is anticipated to visit Bangladesh to film the RightMesh team in action later this year with the final feature to premiere in late spring 2019 in Berlin.

The film’s trailer can be seen below:

Disclaimer: The writer does not have any material connection with/financial interest in the film, company(ies) behind it, its partners or any of the projects that are so far known (i.e. are mentioned above) to be highlighted in the documentary.