Global Blockchain Technologies Corp. (BLOC) has announced that it will be forming a subsidiary entity for its exchange and enterprise activities with the goal of unlocking their value via a spinoff of critical mass assets and uniting the rest of its entertainment and media projects and investments with those of X2 Games Corp.

X2 Games is an independent publisher for innovative games that make digital currency and blockchain technology part of the gaming experience. The company’s business model is creating multiplayer gaming experiences, delivering never-been-seen-before-design and animation services and incorporating technologies like virtual/alternate/augmented reality into video games. X2 Games utilizes latest technologies to develop exceptional gaming experiences for traditional and exploratory platforms. By the end of the year, the industry is set to be a $138 billion industry, and X2 Games is positioning itself to become a global leader in the next generation of gaming, said a press release CoinReport received from VEW Media, BLOC’s PR agency.

X2 Games was created by Nolan Bushnell, the godfather of the video game industry. Bushnell spearheaded the Atari 2600 console that transformed the home gaming market. He also created pizza parlor and video game entertainment center-hybrid Chuck E. Cheese. In addition to being named one of the “50 People Who Changed America” by Newsweek, Bushnell has also been inducted into both the Consumer Electronics Association Hall of Fame and the “Video Game Hall of Fame.”

X2 Games co-founder, president and chief creative officer Zai Ortiz is an accomplished digital animator with the creation of “Iron Man’s” J.A.R.V.I.S. system holograms seen in Marvel movies and the supervision of creative teams in producing visuals for such movies as “Mission: Impossible,” “Sherlock Holmes” and “TRON: Legacy” to his credits. Ortiz’s latest creative project at X2 Games is AI-driven murder-mystery game ST. NOIRE, which, said the news release, bears out on the company’s mission of delivering a true cinematic story experience to games all over the globe, the kind that they have never had. The mystery-themed digital interactive board game uses the Alexa AI of Amazon to build game characters and the world – which means no two games are ever the same (planned pre-release coming up in December 2018).

BLOC and X2 Games have elected to join forces because, said the release, the latter’s business model aligns well with the former’s current activities related to gaming platforms’ tokenization. After the acquisition takes place, BLOC will be centered upon applications of blockchain technology to the entertainment, esports and video game industries while keep working on its present projects alongside the development of X2 Games’ current projects.

X2 Games founder, chairman and CEO Bushnell said, “Creativity is every company’s first driver. It’s where everything starts, where energy and forward motion originate. Without that first charge of creativity nothing else can take place. This acquisition by BLOC will integrate X2 Games’ innovative game development studio and intellectual property within BLOC’s portfolio of Blockchain assets allowing new and revolutionary games to be developed together.”

In addition to Alexa AI-powered ST. NOIRE, three more digital interactive games powered by high consumer demand for AI-fueled board games for children and families are planned to launch in March next year by X2 Games. 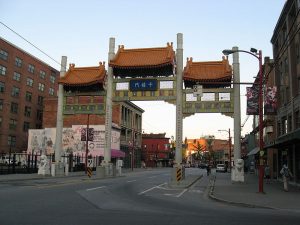 Regarding the spinout, BLOC president and CEO Shidan Gouran said, “Our conversations for collaboration with X2 have been in the making for close to a year now. As these relationships have strengthened, we have elected to capitalize on our synergies by way of an acquisition with X2. In addition to picking up X2’s projects, we have also brought on two true pioneers, with track records that are second to none, to run and continue growing the leading blockchain company in the media, entertainment, and gaming sectors. All assets belonging to BLOC’s exchange and enterprise divisions will be spun out into a separate company, to be run by BLOC’s current management and operational team. Now you have two best of breed teams, one developing pioneering blockchain based exchange, supply chain and trade finance platforms and the other pioneering blockchain applications in the media, entertainment and gaming sectors, to the great benefit of all shareholders.”

Steve Nerayoff, BLOC’s chairman, commented, “In less than a year, we have managed to develop three companies that are positioned to disrupt blockchain from the perspectives of mining, exchanges, and innovation. By segmenting our competencies and resources so that we can incorporate the strengths of partners such as X2 Games, we believe that this is conducive to realizing revenue earlier and being more profitable in the long term.”

According to the news release, BLOC’s assets that will be spun out include:

As of November 1 Record Date, BLOC shareholders will be entitled to this spinout. The spinout will also receive $2,000,000 of BLOC’s cash holdings.

According to the terms of the transaction, as reported in the press release, BLOC will, for the acquisition of X2 Games, issue 330,519,541 common shares at a deemed price of $0.15 per share, resulting in an aggregate purchase price of $49,577,931.

Moreover, the corporation will also acquire from Global Blockchain Mining Corp. its 25% interest in DISCO, in return for $1,500,000 of BLOC shares at a deemed value of $0.15 per share. The incumbent agreements of DISCO offer extreme synergy to the gaming platform being built.