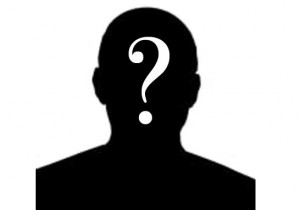 Bitcoin founder Satoshi Nakamoto, a Nobel Laureate? That might be the case if UCLA Professor of Finance Bhagwan Chowdhry has his way. He wrote in the Huffington Post a complete breakdown of his reasoning, and stated that he is “completely serious” with nominating Nakamoto for the Nobel Prize in Economics.

Chowdhry makes clear that Nakamoto doesn’t fit the typical profile of Nobel Prize winners. Nakamoto isn’t a professor at a top-tier university. He isn’t an economist. He hasn’t been published in leading economic journals. In fact, his only published work was the white paper “Bitcoin: A Peer-to-Peer Electronic Cash System.”

However, Chowdhry makes clear that Nakamoto made an irreversible impact on economics by changing the way we think about and handle currency. Bitcoin, he explains, is digital and offers many advantages over paper (a.k.a. Fiat) or other physical currencies. Bitcoin can be transferred in real-time from one person to another without bank, corporate or government involvement. Its cryptographic code makes bitcoin highly secure. Bitcoin Protocol also led to developments throughout financial technology, such as digitized contracts.

Nevertheless, it’s impossible to ignore that so little is known of Nakamoto. We don’t know what country he lives in. We don’t know what his latest project is, if he’s working on anything at all. The little contact he’s made with others has been online (in the past he’s also done this anonymously).

Traditionally, Nobel Prize winners are notified via a phone call from the committee. Since so little is known of Nakamoto, let alone his phone number, Chowdhry suggests that online communication could easily be used in the event that he wins. Despite his plan, Nobel Foundation rules forbid disclosure of nominations for 50 years. In a reply to a comment left on the Huffington Post article, Chowdhry states that he hopes someone else will nominate Nakamoto.