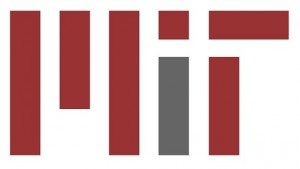 The Massachusetts Institute of Technology Bitcoin Expo took place on May 3rd between 11am and 6pm. The event had consisted of participants ranging from faculty, to staff, to more than 300 students. Members of the local community also attended the bitcoin expo, making the event a big success.

The MIT community is billed as one of the world’s first bitcoin communities, and it’s easy to see why. Many bitcoin related projects and experiments have come out of the university.

The event was organized by Jeremy Rubin and Dan Elitzer, the duo responsible for raising $500,000 in bitcoin from donors. The two plan on using the funds to give out $100 worth of bitcoin to each MIT undergraduate student, in the fall 2014 semester.

Additional contributors for the event included HackMIT, the College Cryptocurrency Network and the MIT Society of Women Engineers.

With the set up of the expo, many inexperienced with digital currencies were lucky enough to get a first hand education on the possibilities and potentials bitcoin offers. New perspectives on bitcoin use were offered through academically sound individuals and professionals.

Speakers and workshops flooded the event, as experts on bitcoin discussed things like bitcoin’s coding, finance and economics. One of the sole purposes for the event was to expose and share bitcoin’s tools. With many people now having further insight into what bitcoin is and how it works, the expo can only be labeled as a success.

As for Rubin’s goal for the digital currency, he wants more people to take notice and allow bitcoin the opportunity to show off what its all about. He stated:

“What I’m hoping is that infrastructure gets sufficiently built around MIT that bitcoin actually becomes a useful commodity to have. Everybody has access to the Internet, right — so you want to launch a webapp? Everybody can do that. You want to launch a bitcoin or cryptocurrency app? That’s a little bit harder … you can’t test it in your immediate friend group. But hopefully [that’s] what we’ll enable.”