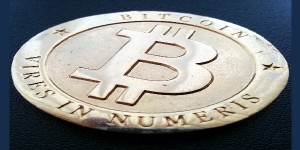 In the early days of Bitcoin (years 2009-2011), the exchange environment was very different than today. The major centralized exchange was Mt. Gox, a Tokyo-based website originally frequented by players of “Magic the Gathering” to trade virtual goods. At that time, Bitcoin had no real legal precedent and exchanges didn’t follow much Anti-Money Laundering (AML) and Know Your Customer (KYC) compliance. This made trade very fluid. Furthermore, one of the first decentralized exchanges, Bitcoinary.com, began facilitating peer-to-peer trade. Users could trade Bitcoin among themselves using a myriad of payment methods including PayPal, bank transfers, and other cryptocurrency. In addition to Mt. Gox and Bitcoinary.com, there was a robust network of “mom and pop” centralized exchanges run by early adopters and entrepreneurs. Most of these exchanges were well-run with features like ACH withdrawals to US customers. However, these exchanges started to disappear once the US government started pursuing the operators, claiming they were operating as “unlicensed money transmitters.”

Today’s Bitcoin centralized exchanges operate and serve primarily three markets: North America, China, and Europe. Until recently, very few exchanges actually operated in the United States because of archaic banking compliance laws and a very powerful banking lobby in Washington D.C.. With the fall and fraud of Mt. Gox in late 2012, exchange trade shifted and started becoming more decentralized. Bitstamp, a Slovenian-based exchange, became the new BTC-USD volume leader. BTC-e, a Bulgarian-based exchange which had been around since the Mt. Gox and rumored to have connections with the Russian mob, saw an increase in trade. Camp BX became one of the very first exchanges in the United States to follow all the necessary KYC and AML compliance. Coinbase of San Francisco was the first exchange to receive venture capital investment. Coinsetter, based in New York City, aimed to attract institutional money and investors for its platform. In China, amid Government uncertainty, a flourishing ecosystem developed. The Chinese market quickly became the top Bitcoin currency market. Exchanges including BTC – China, 796.com, and Huobi catered to the Yuan and Renmenbi currencies.

Decentralized exchanges have developed in response to the shortcoming of centralized trade. In a decentralized environment, there is greater anonymity, security, and control. This is because most decentralized trade is peer-to-peer and falls under the government radar as unregulated activity. The largest decentralized exchange is LocalBitcoins.com, also known as “LBC.” Users create a profile on the site and are able to view others wanting to trade in their geographic area or with a specific money. LBC facilitates this trade by offering an escrow to ensure that both parties are safe. Once the transaction is successful, users are rewarded with positive feedback. The feedback system ensures that fraud and theft are kept to a minimum. Trade volume on LBC has been continually increasing. A person holding Bitcoin can now meet and trade with someone wanting Bitcoin in almost every major metropolitan area from Mumbai, India to Mobile, Alabama and between.

In its brief history, Bitcoin exchange trade has changed dramatically. Inevitably, Bitcoin exchanges will be the greatest barrier to mainstream adoption. As governments want to regulate in the name of public safety, more privacy will be lost. However, the future of BTC-fiat trade is still promising. Merchant adoption of Bitcoin will reduce the burden of exchanges as companies decide to hold and spend Bitcoin instead of converting it. A robust Bitcoin ATM infrastructure is developing, allowing for a greater number of people to get in and out of the currency. Multi-signature technology will make exchange even more decentralized by eliminating the need to hold Bitcoin with third-parties. However, for the idealist, exchanges won’t be necessary and never have been. Why use fiat currency anyway?