Launched on May 14, the fund passed the goal last Thursday, six days ahead of the target date.

In an article about the crowdfunding efforts, Tech City News reported that one-third of the money is being invested into Bitcoin mining, which will take place at Bitcoin Capital’s institutional mining rig in Iceland, allowing investors to receive daily Bitcoin dividends from their investment. Dixon said the daily Bitcoin dividends, paid automatically rather than having to arrange hundreds of bank transfers, represents a good case use for how Bitcoin is superior to other means of transactions.

Digital currency startups seeking investment from the fund have to raise small amount of cash through Keiser’s rewards-based platform StartJOIN to showcase their product or service. They will then be expected to crowdfund on Bnk to the Future, after which they will be considered for investment from Bitcoin Capital.

“This give us a good signal that you have a well-rounded team,” Dixon said to Tech City News.

The fund has already made its first investments, including in blockchain technology startup Factom.

Dixon told the news outlet the fund was designed as a test to determine demand for such an investment platform.

“I get a call from a VC every week asking to come and consult on Bitcoin – so we decided to create our own fund,” he said. “There’s a huge appetite to invest in this sector and there’s a clear need to have experts in the industry managing the fund.”

As for rising interest in Bitcoin, Dixon said, “We’ve been saying this is the future all along but now the banks and other institutions say yes, everyone says it’s serious. That’s even though banks haven’t been involved with financial innovation for the past 300 years.”

He added, “I would hate if the end result is that we produce a cheaper, better way for traditional financial institutions to rig the markets cheaper – but I think the true power is for individuals using Bitcoin on a peer-to-peer basis.” 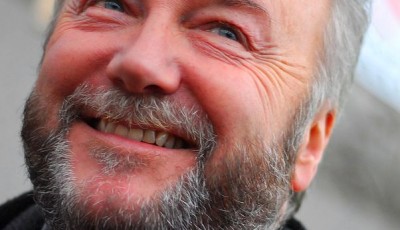