OneHash.com, a betting platform dedicated to bitcoin users, announced in a press release sent to CoinReport that it has recorded tenfold increase in the number of weekly bets in the last two months. Within this time, the stickiness factor (percentage of users who place more than one bet in a week) has stayed at the level of 40%, added OneHash.

Judging by these positive figures, said the press release, the platform has potential to go mainstream, attracting users of traditional betting platforms.

“The data speaks for itself. The exponential growth of our user base shows that OneHash betting mechanics are very exciting. And thanks to anonymity that bitcoins secure OneHash has a great potential to go mainstream very soon. We will keep on developing the product and just today we’ve released a brand new design that makes OneHash even more user-friendly and sets a new standard for bitcoin betting platforms,” OneHash CEO Eric Baker told CoinReport via email.

OneHash uses a unique engine, in which each bet has an actual impact on the course, which, as a result, changes dynamically.

On the platform, bitcoins circulate between users only, enabling mutual betting undisturbed by bookmakers. The only opponents waiting for the user are real people betting for opposite options, a feature that increases the excitement before the game even starts.

OneHash was launched during the 2014 FIFA World Cup in Brazil. The platform said in the press release it was a perfect timing for verifying interest in this form of entertainment. According to the site, the idea of mutual betting with bitcoins met with a very promising feedback from users and prompted the platform’s creators to carry on with developing their website.

Currently, OneHash offers a number of sports and special events available for betting with bitcoins.

“We’ve come up with the idea for OneHash as we could not find a simple bitcoin betting platform on the market. We aimed at creating a minimalistic and user-friendly place for bettors who want to have even more fun while watching their favourite teams. There are no adverts here or any other distractions. Just a lot of fun and sports emotions,” said Baker in the press release.

The press release said that a user can make safe bets anonymously without setting up an account on OneHash, adding that it is enough for them to choose a match, state their bitcoin wallet and write down an e-mail address to receive betting results after the game.

The site, said the press release, is focused on developing more betting options and reaching a wider audience. OneHash founders declared even more sports and special categories will be coming soon.

Logo via the press release

Strong start for bitcoin and blockchain technology this week 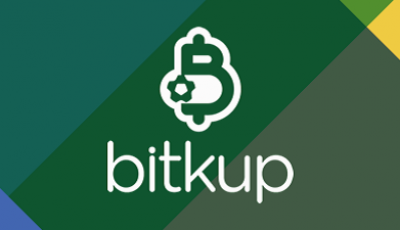