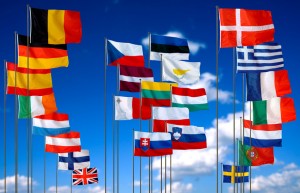 Last Thursday, Reuters reported that a draft document it had seen said the European Union was planning a crackdown on digital currencies as well as anonymous payments made online and through prepaid cards. According to the document, reported Reuters, EU interior and justice ministers planned to speak to the European Commission about increasing controls on “non-banking payment methods such as electronic/anonymous payments and virtual currencies and transfers of gold, precious metals, by pre-paid cards.” These measures on non-banking payment methods come after the attacks in Paris on November 13, with the aim to curb terrorist financing. The meeting was set to take place in Brussels on November 20.

While bitcoin has endured volatile price fluctuations and heavy criticism throughout its lifespan, some fear anonymity might be the issue that truly threatens bitcoin’s future. Reuters pointed out that bitcoin is used to move money quickly and anonymously without the need for third party verification. This makes the cryptocurrency a potential tool for terrorist financing.

Other prominent figures in finance and government have expressed similar concerns. Ben Bernanke, former Federal Reserve chairman, told Quartz that among bitcoin’s issues are volatility in value, lack of wide acceptance and anonymity. Regarding anonymity, Bernanke explained it’s a “bug” in that it allows bitcoin to be the vehicle for illicit transactions. He suspects government oversight will be a result of this, and could reduce the appeal of bitcoin and other cryptocurrencies.

The threat of terrorist financing going through bitcoin isn’t agreed upon by everyone, however. Leonid Bershidsky argued on Bloomberg View the point that terrorist funding is using cash, not bitcoin. He explained the Islamic State accounts appear to be in U.S. dollars, and that its revenue is coming in “greenbacks” through oil smuggling, taxes on populations or trade in stolen artifacts. If the Islamic State were to move its transactions into bitcoin, Bershidsky says, the cryptocurrency’s price would spike dramatically.

Despite the varied points of view, there’s no denying that anonymity will be a huge hurdle in the quest for wider bitcoin acceptance.

Photo of the flags of EU countries – Image source