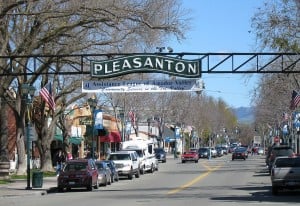 There’s an uptick in consumers who use alternative payment methods, according to a new U.S. survey conducted by Blackhawk Network, a prepaid and payments company.

According to the “How American Pays in 2016” report, based on responses from 1,037 Americans (18+), mobile wallet adoption is up eight percent over last year. Of respondents who have used mobile wallets and peer-to-peer payments, 80 percent said they are using mobile wallets the same amount or more than they did in 2015, and 73 percent are using P2P payments the same amount or more than last year. The findings show the use of these payment methods among smartphone owners is significant, with one-third possessing a mobile wallet and six percent using P2P payments.

The survey observes that, not surprisingly, Millennials use new payment options, such as mobile wallets and P2P payments, at a higher rate than does the general population, and use cash slightly less.

Cash is still king, ranking first among the most used payment methods in the past year at 87 percent, although that figure has dropped from 93% in 2015. Newer digital means of payments are in the bottom three: mobile wallet (17 percent), P2P payments (five percent) and bitcoin (three percent). The other methods ranked include debit card (75 percent), credit card (69 percent), PayPal (67 percent), check (60 percent, down from 68 percent in 2015), merchant-specific gift card (43 percent), prepaid debit card (38 percent) and money transfer (17 percent).

One finding from the survey that may be of interest in bitcoin- or blockchain-powered gift card services is that nearly seven out of 10 respondents are now familiar with ecodes and egifts (digital gift cards sent to recipients by e-mail, social media or SMS and discounted ecodes that can be bought from websites like Groupon). More than half of those surveyed have purchased ecodes or egifts and plan to do so again this year. Blackhawk Network said that with adoption of physical gift cards remaining high as well, it is clear that ecodes and egifts will remain a complement to, rather than a replacement for, traditional gift cards.