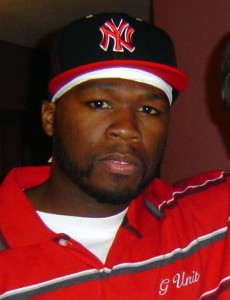 As Bitcoin eases gently into the mainstream, surprising figures emerge as vision-havers and trendsetters. 50 Cent put himself firmly in that category this week, by beginning to accept Bitcoin for his new album titled Animal Ambition, via his Shopify store. Shopify, an e-commerce platform founded in 2004, has allowed its web storefronts to accept Bitcoin via the BitPay service since November 2013, but it has to be configured on a shop-by-shop basis.

The move isn’t totally out of character for 50 Cent, a savvy businessman whose $140 million net worth is primarily a result of smart investments and promotion deals, such as his famous interest in Vitamin Water. In a recent Reddit AMA, when asked about the decision to accept Bitcoin, 50 Cent quipped “stay with times. technology is what’s changing the business gotta get with it. I take money no matter if its coins or dollars.”

Importantly, though, aside from his entrepreneurial streak, 50 Cent is a mainstream, chart-topping artist, and his decision to accept Bitcoin for an album that will doubtless sell well signals a major shift in Bitcoin’s public perception – from a nightly news bogeyman to a legitimate payment service. Furthermore, by giving millions of people a reason to spend BTC, 50 Cent is also helping to expand BitPay’s payment network, and may well have a non-trivial impact on the total trading volume of Bitcoin in the coming weeks.

The LA Times quoted Corentin Villemeur, media director for G-Unit Records, as saying that he believes that Jackson (50 Cent) is the first major artist to accept Bitcoin, and that the decision is consistent with Jackson’s history of being open to making money in as many ways as possible. Villemeur noted that future G-Unit records will also be purchasable with Bitcoin.

Bitcoin Volatility: A Positive or Negative for the Bitcoin Economy?