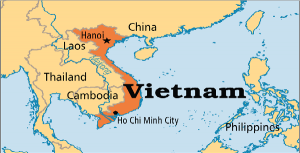 As different countries and places rush to decide what to do with Bitcoin, Vietnam has decided to reject the dynamic digital currency. The government and State Bank of Vietnam have said that Bitcoin is not recognized as legitimate payment in Vietnamese territories.

This was reported last week by the Authority of Foreign Information Service (AFIS), and it should also be noted that the use of Bitcoin in Vietnam is forbidden.

After reporting to the government, the State Bank of Vietnam sent out an official warning to the public about the risks of using Bitcoin in transactions. The Vietnamese government doesn’t recognize and will not allow the use of Bitcoin for any transaction. In addition, the government

“is not responsible to resolve the arising disputes relating to the Bitcoin using transaction.”

Why did Vietnam Reject Bitcoin?

Bitcoin was rejected in Vietnam for many reasons, mainly of which include the risk factor involved with the digital currency. “The documents of the General Department V (Ministry of Public Police) show that the use of Bitcoin will cause a lot of negative impacts, say, the failure of control by the functional agencies, thus creating an environment of operation for all kinds of crimes with a lot of hidden risks for the Bitcoin users.”

In addition to this, officials in Vietnam claim that Bitcoin can cause negative impacts to their economy and even the whole world’s economy. Officials also say that this will in turn cause massive loss in collecting taxes. In addition, even though one can temporarily gain asset from speculation of Bitcoin, it will affect “people’s confidence in the government.”

Not the End for Bitcoin in Vietnam

Even with the country rejecting Bitcoin, it seems there is still hope for the digital currency in Vietnam. The State Bank of Vietnam is studying Bitcoin and “a report will be delivered to the country’s Prime Minister Nguyen Tan Dung this month.”

The details of the report will outline Vietnam’s long-term viewpoint on Bitcoin’s legality. Here’s hoping Bitcoin gets a fair chance in Vietnam.