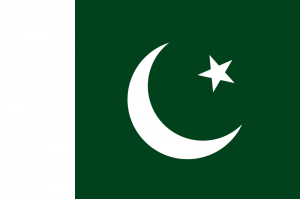 Saturday marked the launch of Urdubit – Pakistan’s first Bitcoin exchange – which aims to facilitate greater adoption of Bitcoin in the region, reports CoinDesk.

Founded by Zain Tariq and Danyal Manzar, who also run the Bitcoin community and advocacy group BitcoinPk, Urdubit concentrates on bringing liquidity to local Bitcoin trading markets and educating newcomers on its promise as a decentralized commodity.

Urdubit is a client of BlinkTrade, whose open-source software and technology allows exchange operators to bring Bitcoin liquidity to areas with less-active Bitcoin trading markets.

CoinDesk notes that unlike other exchanges, Urdubit provides Instant Deposits, which gives users access to their traded Bitcoin immediately without needing to wait for confirmations.

“Most of the traders leave their bitcoins at exchanges because they don’t want to wait for three to six confirmations in a trade, and this creates a pot of gold that attracts hackers,” said Rodrigo Souza, BlinkTrade’s core developer, to CoinDesk. “It is not good for exchange operators and not good for the system.”

With Urdubit, verified users first need to confirm their Bitcoin address, after which the next transaction from that address will credit the Bitcoin into the trader’s account so it is available for the trader to use instantly with zero confirmation. Souza said that this way the trader does not have to leave his or her Bitcoin sitting stationary in any exchange.

In order to prevent double spending, users cannot withdraw any Bitcoins or fiat currency while a deposit is unconfirmed. Souza explained to CoinDesk that in the event of a double spending attack, the trader would lose access to his or her funds, and the exchange operators would get access to the trader’s account data.

Urdubit places a 0.75 percent fee on all trades and a 1 percent fee on deposit and withdrawals in Pakistani rupees. There is no charge for Bitcoin deposits, and there is a 0.0001 BTC miner’s fee on withdrawals.

Zain Tariq, one of Urdubit’s founders, told CoinDesk that Islamic guidelines heavily influence how business is done in Pakistan, whose citizens are generally motivated by peace but challenged by education. Approximately 96% of Pakistanis are Muslim. About one-fifth of citizens live below the poverty line, and the nation’s total literacy rate sits at 55%.

“We plan to create a platform where people feel safe with the world of bitcoin and hopefully substitute it for trading locally as easily as Pakistani rupees, while giving everyone an opportunity to invest in this commodity,” said Tariq.

His partner, Danyal Manzar, maintains that Pakistan’s geography puts it in a good position for a successful Bitcoin economy. Pakistan borders two of the fastest growing markets in the world – India and China – the latter of which is one of Pakistan’s largest trading partners.

Manzar told CoinDesk that Chinese importers and exporters would benefit from exchange that facilitates instant trades and payments in Bitcoin without have to worry about dollars.

Tariq suggested that closing the awareness gap will be one of the first obstacles to overcome, not just for Urdubit but also for the growth of Pakistan’s small yet active Bitcoin community. Currently it’s unconcentrated, being sustained through other methods of trust-based, peer-to-peer trading.

“You have to realize that even wealthy Pakistani people fear what they don’t understand, and English being second language – it creates a small understanding barrier,” said Tariq to CoinDesk. He will tour Pakistan at the end of Octobers to educate newcomers about Bitcoin’s uses and benefits.

“Most people are not aware of the bitcoin economy and think that they might be cheated by someone,” said Manzar. “Pakistan has seen a lot of scams in daily life and over the Internet that people fall prey to.”