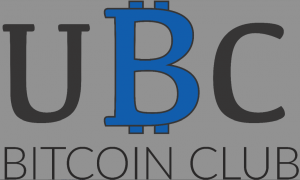 “It was certainly not a solitary effort,” said Cross in an interview with CoinReport about the club’s formation. “Bitcoin overlaps with many of my main interests, those being finance, marketing, e-commerce, and education. With the inspiration of my mentors in those sectors, we were able to collaborate and create the club.”

Cross said he became involved with digital currencies at an early investor stage. 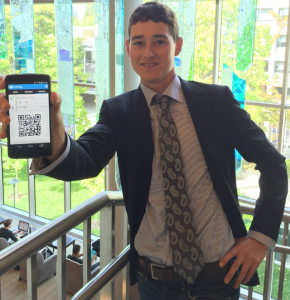 “I was fascinated by the volatility of the market and the early label that Bitcoin took on: ‘The Future of Money.’ My interest really peaked when merchant adoption became more prevalent and companies started giving their consumers more autonomy by offering Bitcoin as a payment option. Since then, I have taken interest in Bitcoin as a brand and how companies use it to market themselves to specific buyer behaviours in the space.”

With 15 members so far, according to a recent Georgia Straight article, the club’s primary goal is to educate students about Bitcoin.

“Digital financial literacy and education is at the forefront of our plans with UBC Bitcoin Club,” said Cross to CoinReport. “Simply put, our main objective is to give the UBC student body to understand now digital currency works in the world.”

Cross said that “merchant adoption will be the catalyst of this movement.” Among the club’s initiatives is to get on-campus merchants on board with a Bitcoin payment option.

UBC Bitcoin Club’s other initiatives include a mentorship program, under which club members will be connected with leading professionals in the Bitcoin industry.

“In pursuit of career development in the world of bitcoin, we grow relationships with the top bitcoin organizations Vancouver has to offer,” states the club’s website.

Cross also noted that as the club raises funds and fosters relationships with donors, the club will aim to provide student-run Bitcoin businesses on campus with seed capital to help them pursue their goals and objectives in commerce.

In an interview with the Georgia Straight, Cross said he hoped to see UBC eventually accepting Bitcoin payments for tuition fees and bookstore sales. However, the Vancouver newspaper reported this summer that a UBC official informed it that the institution had no plans to accept Bitcoin for tuition fees or services.

Asked how he would advocate Bitcoin as a payment option to UBC, Cross told CoinReport that “we need to express the benefits of Bitcoin to faculty and administration, not only as a new and intriguing concept of currency, but as the future of money. We must leverage the institutions around the globe as real-life templates and examples of how top-tier universities have implemented in efforts of getting in front of the curve on a technological and innovative scale.”

To help make this happen, Cross told CoinReport that “above all, UBC Bitcoin Club needs to be responsible for leveraging our members at foot-runners and storytellers in the Bitcoin ecosystem. The digital, financial, and technical solutions are already there; all we need are a couple of merchants to take the leap with us. This will showcase the choices of organizations that buy into Bitcoin and the new system, creating the future and adding value as they do so.”

“The AMS and their central bank does not accept Bitcoin as a holding method for club funds,” explained Cross to CoinReport, adding that “any funds or donations that UBC Bitcoin Club takes in Bitcoin will then need to be transferred into Canadian dollars to be held in our account. Doing business with such Bitcoin payment processing firms that immediate transfer Bitcoin into fiat money for the security of the receives would make it easy and beneficial for organizations such as the AMS, and UBC for that matter, to accept Bitcoin.”

Cross said he thinks Bitcoin would be an ideal fit in the university’s mission and vision.

“UBC’s vision statement expresses its desire for advancement in global citizenship, sustainable societies, and research development. Adopting Bitcoin fulfills each of these desires and sheds light on potential new ones. If innovation is what UBC is looking for, they will find it in Bitcoin. In the space of academia, Bitcoin is at the heart of many fields of study, such as computer science, economics, potential science, finance, and marketing – just to name a few.”

Asked what he thinks it will take for Bitcoin to grow, Cross said growth will depend on the public’s view of the digital currency and its role in society.

“The early adopters will spread the story no matter what. The important part is that we get the chasm of the early and later majority of everyday consumers to see the benefits of Bitcoin in action. It’s really a ‘for consumers, by consumers’ model.”

Opinion: The NYDFS’ Proposed Regulations May Get Better, But It Won’t Be Enough