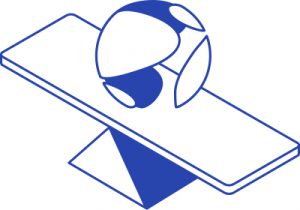 Crypto project Terra has successfully closed its seed funding round with an initial $32 million raised from the capital investment arms of four of the six largest digital currency exchanges worldwide to kickstart its vision of creating the next generation of digital money, according to a press release CoinReport received from BlockPR, Terra’s communications firm.

The initial seed capital will be invested in developing the modern financial system on the blockchain. Terra’s team plans on solving crucial problems to the mass adoption of cryptocurrencies by developing a price-stable digital currency (“stablecoin”) that is able to be readily used on Terra’s blockchain payment solution.

To take advantage of the similar type of fast adoption, Terra is incorporating its payment system into the Terra Alliance, a powerful association of worldwide ecommerce partners on an extraordinary scale.

Polychain Capital partner Karthik Raji said in the press release we received, “We are pleased to support Terra, which sets itself apart from most other blockchain projects with its established and immediate eCommerce go-to-market strategy.

The team at Terra is already deeply linked to the ecommerce industry, with co-founder Daniel Shin being the founder and chairman of TMON, a chief ecommerce platform in South Korea with a total Gross Merchandize Volume of almost $4 billion and nine million annual customers.

So far, 15 firms along with TMON have joined the alliance. The companies include TIKI, Qoo10, Pomelo, Carousell and Woowa Brothers – some of the fast flourishing ecommerce firms in Asia-Pacific servicing Australia, Southeast Asia, Hong Kong, Taiwan and other big markets.

The Terra Alliance, with a total of $25 billion in annual transaction volume and 40 million customers, lays the foundations for the digital currency terra to turn into a medium of exchange at huge scale. As Terra expands its worldwide reach, more partners are expected to join in.

Shin stated, “From experience, I know that faster, more secure transactions at a fraction of today’s fees could be a game-changer for many eCommerce platforms. We are excited to be working with great partners and look forward to beta-testing Terra’s payment system in Q4 of this year.

“However, our vision goes beyond positioning Terra as a trusted and secure medium of exchange for eCommerce. The potential application of Terra is immense, and we foresee it being used for all types and forms of financial products like loans and insurance.”

Terra, says the news release we received, was conceived in response to the need for a stable cryptocurrency that is protected from speculation- and manipulation-induced price volatility. However, introducing a widely accepted cryptocurrency is only part of its mission, adds the release, further saying, that more than being a currency, it seeks to grow into an open platform where ground-breaking financial dApps can build on Terra’s stability.

By bridging the gap between cryptocurrencies and real-world application, Terra aims to assist in unleashing the huge and still-to-be-materialized potential of blockchain to transform the very nature and form of money.

Binance Labs head Ella Zhang commented, “While we see many stablecoins coming out, Terra’s journey is especially meaningful as they are designing one of the few price-stable protocols with existing, working, and strong go-to-market strategy and usage. We are constantly impressed by the founders’ leadership and earnest commitment to the business, and excited to support the team.”